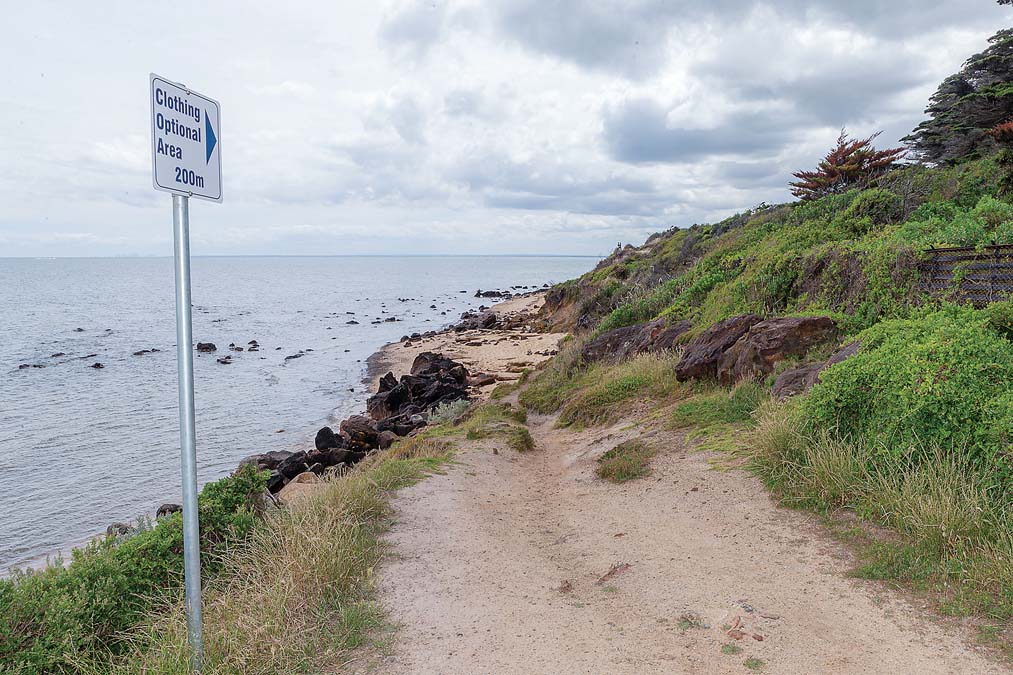 The council says the review should consider “patterns of visitor behaviour on the beach itself and the surrounding area”. It should be led and resourced by the state government.

The council will also write to the opposition planning and heritage spokesperson Ryan Smith to push for the review.

Cr Steve Holland seconded by Cr Anthony Marsh moved the notice of motion for the review at the 1 November council meeting.

Also included was a request for a report and officer recommendation to go to council by the end of January 2022 outlining a “course of action for community consultation on a proposal that asks the state government to remove the clothing optional status” of the beach.

It was carried unanimously.

“I was happy to move this motion on behalf of local residents and the community,” Cr Holland said. “All of our beaches get so busy over summer it seems like a waste to have this beach unable to be used by families and local residents due to the clothing optional status.”

Cr Holland said during the pandemic lockdowns and its five kilometre travel limits – and with out-of-towners unable to visit – local residents “got their beach back”.

“This consultation process will allow us to gauge whether the community feels it is time the state government removed the clothing-optional status of Sunnyside Beach,” he said.

The shire’s Water and Coasts team leader Laura Crilly told the council the beach was declared clothing optional in 1986 under the Nudity (Prescribed Areas) Act 1983.

“While it seems that the Shire of Mornington and later Mornington Peninsula Shire opposed the gazettal and a review was proposed in 2006, the clothing option status remains,” she said.

“Council at the time stated that opposition was not on moral grounds but due to lack of adequate infrastructure and designation of few beaches to meet demand, in particular, those closer to metropolitan Melbourne.

“Council’s stance has more recently been that there is an ongoing problem with illegal and anti-social behaviour and dealing with this is a police matter. This is not exclusively associated with the clothing optional status. However, it is difficult for police to access the area as activities are often a long way from the carpark.

“Much of the behaviour is occurring within the foreshore vegetation, above the beach, often within private property boundaries.”

Ms Crilly said shire officers and council “continue to work with local police to share information regarding community concerns about anti-social and illegal behaviour on our foreshores”.