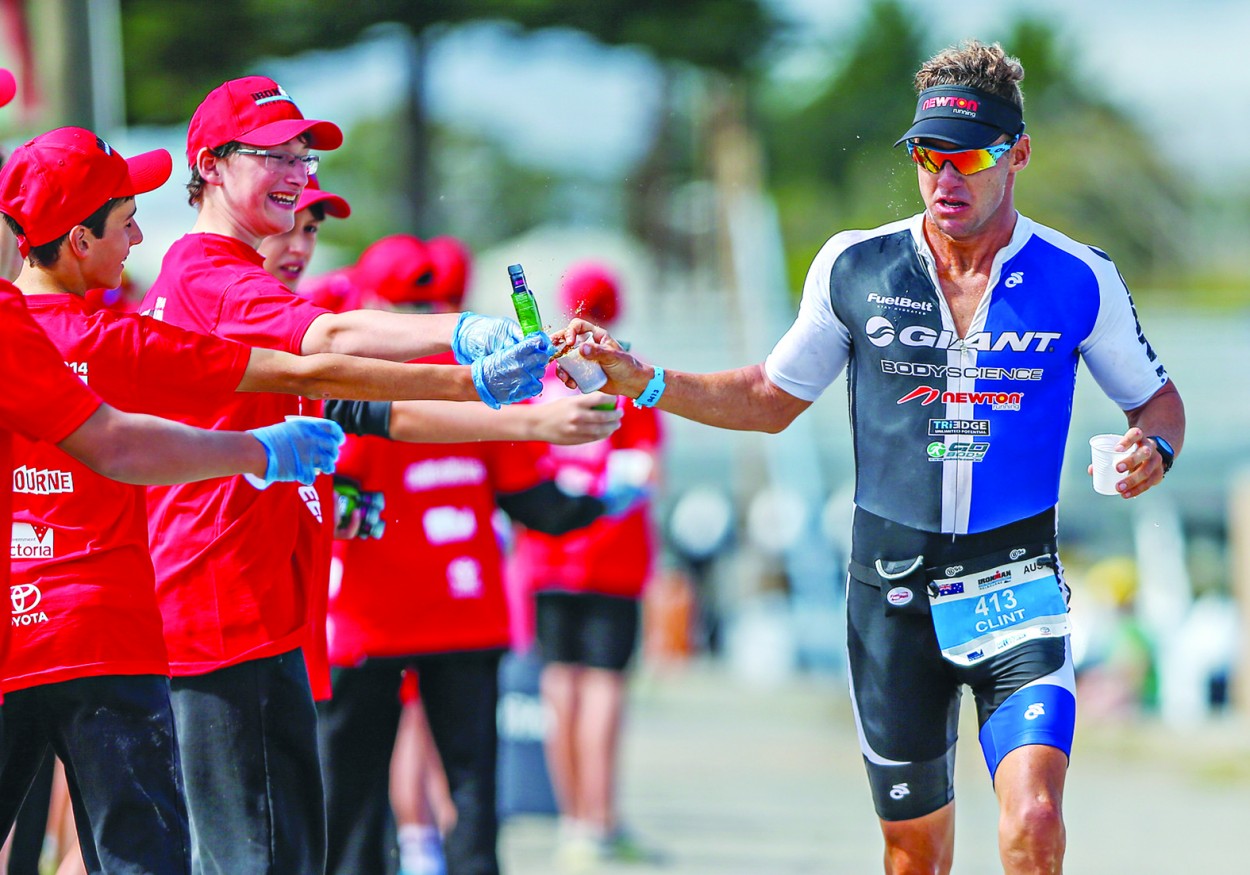 THOUSANDS of spectators lined the streets of Kingston on Sunday as the world’s top endurance athletes swam, rode and ran through Melbourne’s bayside suburbs during the 2014 Ironman Melbourne Asia-Pacific Championship.

The international ironman event, which featured athletes from more than 40 countries, involved a 3.8 kilometre swim at Frankston, a 180 kilometre two-lap ride on Eastlink, and 42.2 kilometre run from Frankston to St Kilda along the Nepean Hwy, Beach St and the Esplanade.

Luxembourg’s Dirk Bockel won the event in a time of 08:01:02, destroying hopes for a one-two Aussie finish, with Paul Matthews and David Dellow forced to contend with second and third.

Dellow led the field for most of the final leg but was run down around the 35th kilometre-mark by the fast-finishing Bockel, who is a former Olympian.

But Dellow was all smiles about an hour later when his girlfriend, Caroline Steffen, claimed the women’s title in a time of 08:57:57, ahead of USA pair Mary Beth Ellis and Kim Schwabenbauer.

Steffen, pictured top left, is a Swiss national but permanent Australian resident who is known as Xena the Warrior Princess due her strength and power. She went into the race as favourite after winning the inaugural Melbourne event in 2012 and coming third last year.

She said her partner, with whom she lives on the Sunshine Coast, would be proud of his podium finish and the lucrative pay check that goes with it, after a disappointing 2013 and not having any sponsors or a coach.

“He had a big disappointment last year when he got sick in Thailand after being bitten by a mosquito and he couldn’t race Kona [the Ironman World Championship in Hawaii),” she said of Dellow.

“So this was a very important race for him to get enough points to qualify for Kona and get some cash to help us through the next couple of months. It is great for both of us to have a good race.”