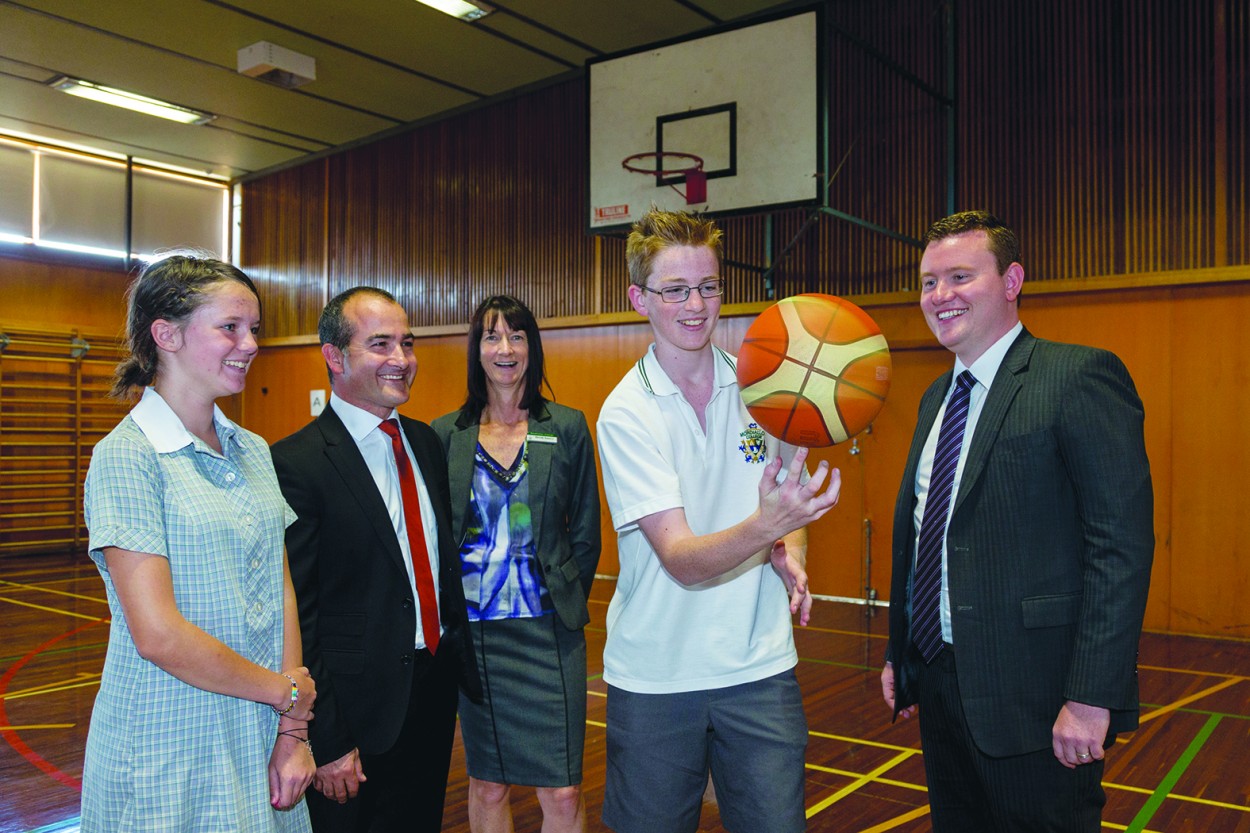 “The basketball facility and performing arts centre will also benefit the Mordialloc community,” he said.

“We’ve been talking to everyone about the basketball courts and performing arts centre plans and the facilities will be a great asset for community use outside of school hours too,” Ms Roberts said.

Mr Merlino said Labor “had listened to parents and teachers” in deciding to make the funding pledge.

Education is set to be a hot topic with voters at the state election.

In November last year, federal education minister Christopher Pyne cast doubt on the Abbott government’s commitment to the funding, before he quickly back flipped and said the funding was “guaranteed” for the first four years.

Principals are yet to be informed how much individual schools will receive from the Better Schools funding.

Victorian schools’ allocations will be distributed by the state government when the federal Better Schools funding is received.