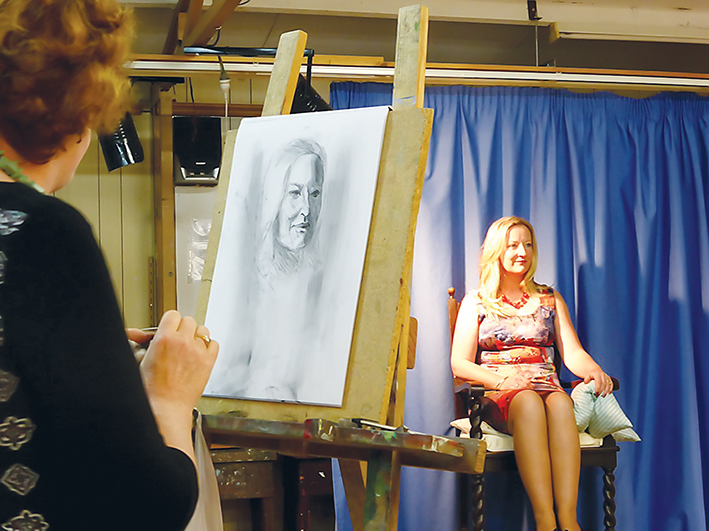 CARRUM MP Donna Bauer is on a mission to make the Bowel Movement one of the most talked about campaigns in the country.

Australia has one of the highest rates of bowel cancer in the world. Of the 286 new cases diagnosed every week, 77 people will die from the disease.

The campaign is particularly important for the 43-year-old mother of four after being diagnosed with the disease earlier this year.

Mrs Bauer said that according to Bowel Cancer Australia, 40 per cent of people within her electorate have at least one of the following four health risk factors – smoking, harmful use of alcohol, physical inactivity and obesity – all of which can increase bowel cancer risk.

“This is too high. The bad news is, that bowel cancer patients currently have a five-year survival rate of 66 per cent, which lags well behind other patients with common cancers such as breast and prostate with survival rates of around 90 per cent.

“The good news is that 90 per cent of bowel cancer cases can be treated successfully if detected early,” Mrs Bauer said.

“It is vital that we lift the profile of this disease and emphasise the importance of early detection, and I invite everyone to join The Bowel Movement during Bowel Cancer Awareness Month in June.”

Bowel Cancer Awareness Month is an initiative of Bowel Cancer Australia and aims to raise awareness of the disease and funds to help save lives and improve the health and wellbeing of people living with bowel cancer.
To help with the fundraising, Mrs Bauer is encouraging constituents to buy and wear an apple pin (the symbol of BCA) throughout the month.

The $2 pins are available at various retail outlets and at her office.

“Bowels may not be the most appealing topic of conversation, but it is a conversation we need to have.
Let’s make a vow to talk bowel.”