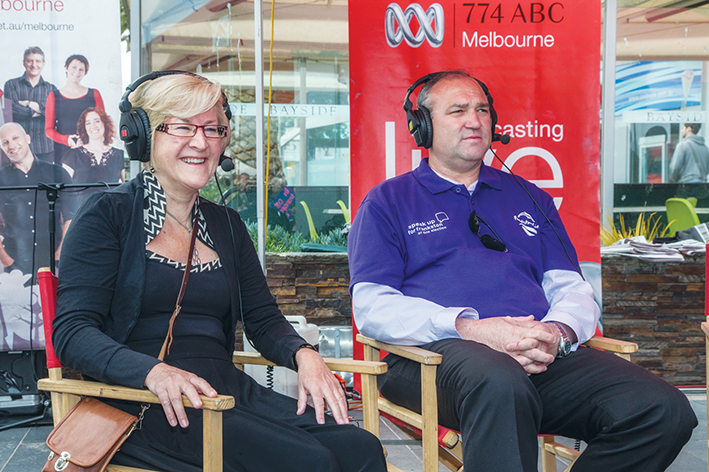 The group – formed in January to pressure politicians for a better deal for the city in the run-up to the November state election – says Labor’s Paul Edbrooke and the Liberal Party’s Sean Armistead have shown little interest in this and other community coalition proposals.

More than 14,000 Victorians are receiving Opioid Replacement Therapy (ORT) in an effort to limit the harm of addiction to heroin and other illegal drugs.

ORT is the medical procedure of replacing an illegal opioid, such as heroin, with methadone, buprenorphine or suboxone. Replacements are supposed to be taken under medical supervision.

The growth in addicts using ORT has been credited with reducing the demand for and harm of heroin, while allowing users to gain control over their lives, but the community coalition says better support for addicts would be provided by a health and human services hub at the hospital.

Community coalition spokeswoman Christine Richards said despite verbal and written briefings and submissions going back to April this year and two public forums attended by the Labor and Liberal candidates, “we don’t have even one response on any issue from the Labor, Liberal or Greens candidates”.

“We are calling for an end to the drug culture around the station. Too many pharmacies dispensing drug substitutions are concentrated around the station: there are six operating within 500 metres of each other.

“In addition, more than the average number of drug addicts is being treated in Frankston City,” Ms Richards said.

“With 576 clients registered for this replacement therapy last year, Frankston appears to be servicing three times more than it would if distribution were spread evenly across all Victorian municipalities.”

“State policy now allows most addicts to take away five doses of replacement therapy after their first month on the program. The Victorian Coroners’ Court has recently given this process a damning critique after investigating 63 deaths over a two-year period that was connected to ORT.

“The coroner said that as a result of this process, third parties have been able to access a dangerous drug, which, in too many cases, has ended in their deaths.

“In October 2013, coroner Jacinta Heffey said there were significant gaps in a system designed primarily to respond to the health risks posed to opioid addicts. The number of deaths of third parties occasioned by the abuse of the system by the people for whom it was designed is shameful and deserves a robust re-thinking.”

She said there was insufficient data on the problem.

“This poses a major problem for politicians. The collection of statistics should form the foundation of advice being given to policymakers. Presently it cannot.

“Decisions are being made for the benefit of one group of people (recovering drug addicts) while the interests of other voters are being at best neglected or at worst ignored.”