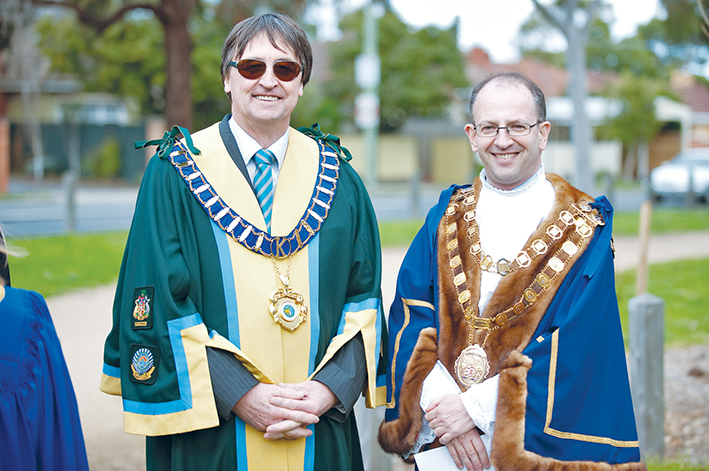 KINGSTON’S longest-serving councillor has attended the least number of meetings this year. Cr John Ronke has been regularly absent from council chambers when his fellow councillors have debated and made decisions about municipal matters.

Since the start of the year, Kingston Council has held 21 meetings including ordinary, planning and special meetings. Cr Ronke has attended just nine of those meetings.

When contacted by The News, Cr Ronke said he did not “see any reason” why he should attend all councillors’ briefings and meetings, but admitted ordinary meetings were important.

“I’ve had a fair bit of bad luck this year,” Cr Ronke said. “I haven’t been well at times.”

He said he missed the November ordinary meeting due to a nasty accident. “I didn’t make the latest council meeting because I nearly took off the top of my thumb with a power saw… so I wasn’t in the best frame of mind to attend that night,” he said.

Cr Ronke’s councillor colleagues have accepted his apology for non-attendance on each of the 12 occasions he has not turned up this year.

The Local Government Act states a councillor’s position will become vacant only when a councillor is absent from four consecutive meetings ordinary meetings without leave obtained by council.

Cr Ronke’s absence from many council meetings this year forced former mayor Cr Paul Peulich to use his mayoral casting vote to break a four-all deadlock on several contentious decisions, including Kingston Green Wedge planning decisions, during an at times fractious 12 months at council.

Cr Ronke said he believed he could still represent his ward since he knows council procedures and staff so well – thanks to his 17 years as a Kingston councillor.

“I reckon I can still get a fair bit done,” he said.

Kingston councillors receive about $27,500 in remuneration a year.

Kingston’s other eight councillors attended, on average, at least 80 per cent of all council meetings throughout the year.