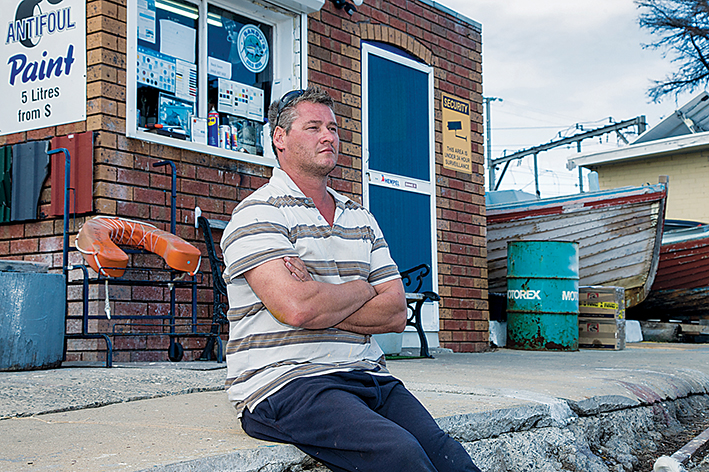 KINGSTON councillors will make a decision next month on three Crown land licences for Pompei’s Landing on Mordialloc Creek.

But the waters of the expressions of interest process may have been muddied with one of the parties vying for the boat ramp licences complaining to council about current tenant, Leon Pompei.

The Mordialloc Boating and Angling Club, based next to Mr Pompei’s marine paints and boat repairs business at the creek, wrote to council in April last year with allegations about his “behaviour bordering on intimidation and abuse” at the site.

The unsigned letter on official boating club letterhead stated: “The committee of the club wishes to make it absolutely clear that the club has no effective relationship with the current operator, and specifically has no knowledge of, and thus cannot support, any proposals for his ongoing involvement in the operation or management of this council owned facility.”

The letter from the boating club criticising Mr Pompei was circulated to Kingston councillors.

At the time, the nine councillors were deliberating on whether to put the Pompei’s Landing licences out to tender.

Councillors narrowly voted to begin an EOI process for the creek licences at a May 2014 public council meeting, the month after the letter from the boat club was emailed to them.

Mordialloc Boating and Angling Club president David Flew confirmed the club had put in a bid for the Pompei’s Landing licences.

He said some club members had “ongoing differences” with Leon Pompei but declined to elaborate further.

“We have good constructive relationships with every other business at the creek,” Mr Flew said.

The letter from the boating club advised council: “club officers are available at short notice to discuss this with council officers or councillors”.

Mr Flew said there had been no subsequent conversations about the letter with councillors or council officers.

He said the unsigned letter sent to council was “written by committee”.

Kingston Council refused to answer several questions about the Pompei’s Landing EOI process and the appropriateness of circulating the letter from the Mordialloc Boating and Angling Club to councillors.

Council CEO John Nevins told The News the EOI process “is still underway and not due to be completed until 23 February”.

“It is not appropriate for council to comment on matters relating to the EOI before that time.”

Mr Pompei said he is “disappointed” the club wrote to Kingston Council to criticise him and then submitted a bid for the Pompei’s Landing licences as part of the EOI process.

“I get on well with most of their members and it’s only a select few that are trying to push me out,” he said.

“I’m disappointed since in the past we’ve helped them so much. My father got them that site 60 odd years ago.”

Mr Pompei’s father, the late Jack Pompei, was known as “Mr Mordialloc” and the custodian of Mordialloc Creek.

He was a fisherman and boat builder and received an OAM for services to marine search and rescue in Port Phillip Bay.

The News understands there are three parties interested in taking up a licence at Mordialloc Creek, including Mr Pompei, but council has refused to confirm this.

The third bidder is believed to be a small business fisherman. Council has been pushing to put the Pompei’s Landing licences out to the open market since 2012.

Council officers have previously indicated that “a commercial entity”, capable of investing millions of dollars in the area, had shown interest in submitting a proposal for use of the land at the creek. No such expression of interest has been received.

Mr Nevins said “council has been discussing the future of the Mordialloc Creek boat ramp area for many years”.

Boating club president Mr Flew said “it would be best if the EOI process is allowed to run its course.”