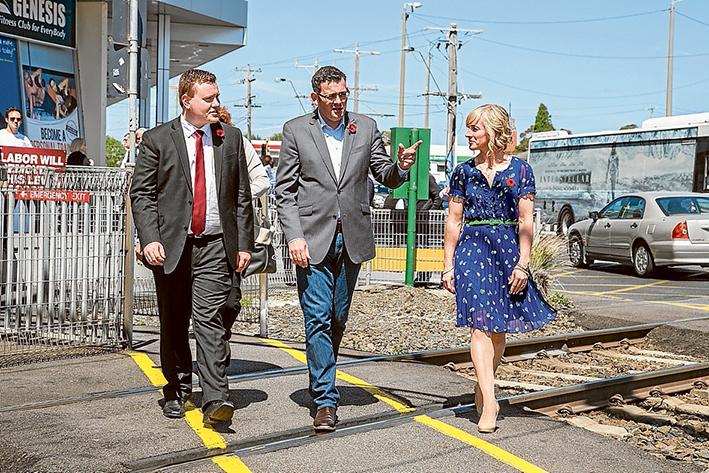 LABOR plans to fast track its plan to remove 50 of Melbourne’s most dangerous level crossings but there is no indication yet on when Kingston road crossings will be separated from railway lines.

“They hold up cars, they slow down trains, they take young lives, they’ve got to go,” he said.

The Premier revealed $100 million will be earmarked to establish “a dedicated” Level Crossings Removal Authority to oversee the mammoth project.

Mr Andrews said $3 million will be released immediately so work can begin.

When in opposition, Labor promised before last November’s election to remove 50 level crossings as part of Project 10,000 – a public transport plan which promises to create 10,000 jobs while upgrading suburban road and rail networks.

Labor plans to have 20 of the 50 level crossings removed within the next four years before facing voters again.

Ormond’s North Rd crossing and crossings at St Albans, Blackburn, Glen Iris and St Albans will be the first four removed but there was no confirmation on Monday of when Kingston residents can expect level crossings to be removed.

“RACV has identified 30 top crossings from our survey and our analysis of delays and crashes at crossings around Melbourne.”

In December last year, the RACV listed 11 of the “most dangerous” crossings requiring urgent action within two years.

None of the Frankston line crossings were included in the RACV list.

“The Balcombe Rd crossing in Mentone is just one that certainly needs to be removed as soon as possible,” he said.

Kingston Council has been calling for the Balcombe Rd crossing to be abolished for at least four years.