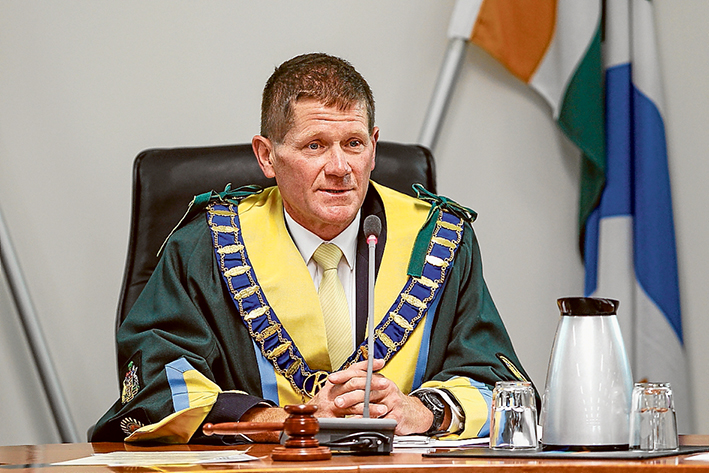 A CONTENTIOUS Andrews government plan to limit council rate rises could mean community services are cut but Kingston Council says it is confident compromise can be reached.

As part of its pre-election campaign last year, Labor pledged to limit councils’ rate rises across Victoria to no more than the annual consumer price index (CPI) increase.

The CPI rose by 3 per cent in 2013-14, according to Australian Bureau of Statistics data. Kingston Council’s rates rose by 4.95 per cent for the same period.

Councils across the state, particularly rural councils, are worried about the impact the policy will have on their ability to maintain infrastructure and services at a local level.

Kingston mayor Cr Geoff Gledhill said council “respects that the government got elected on that mandate” and will “work with the policy parameters they set”.

“We had a terrific meeting with the minister. We spent over an hour speaking to her about issues including rates capping,” Cr Gledhill said.

The state government has tasked the Essential Services Commission with investigating how the rates capping policy can be enforced.

Councils will be able to raise their concerns with the ESC as part of the process.

Cr Gledhill believed Kingston has “got a very good story to tell in terms of our asset renewal gap and the way we’ve managed finances in Kingston over the past couple of council terms”.

“I think the terms of reference for the ESC commission indicate they have to come back to the government by about October,” he said.

“We said to the minister that we’re more than happy to take the projects that we feel are important and are going to benefit the people of Kingston through that process.”

The Municipal Association of Victoria, state councils’ peak body, fears councils could face financial problems if their ability to raise revenue is capped.

Neighbouring Frankston Council has calculated a cap on rate rises would blow a $22 million hole in its budget over four years.

Kingston Council CEO John Nevins said “councils have not yet been advised on the actual level rates will be capped at, with the Victorian Government expected to outline it later this year”.

“Councils have not yet been advised on the actual level rates will be capped at, with the Victorian government expected to outline it later this year,” Mr Nevins said.

Under Labor’s proposed policy, councils who wish to increase rates by more than the CPI rate will have the option to apply to the Essential Services Commission and justify the reason for the rate rise.

“As long as that flexibility remains then we think we can work with it,” Cr Gledhill said.

“I don’t think any government would want to be known as the government that presided over the deterioration of vital infrastructure and amenities for the community.”