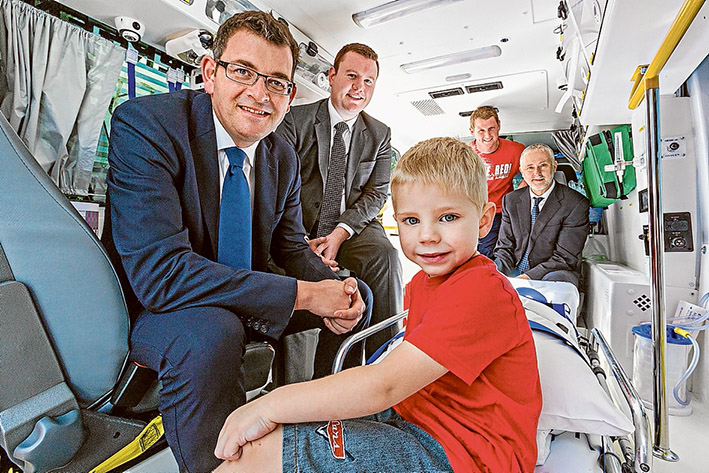 FRANKSTON and Mornington Peninsula residents will have the chance to have their say on planned changes to the state’s ambulance service at a community forum later this month.

The Ambulance Performance and Policy Consultative Committee heard first-hand from paramedics about their experiences on the job.

The committee reported the dispatching of an ambulance to a Code 1 emergency in metropolitan Melbourne takes, on average, 1 minute longer than six years ago.

While demand for emergency services has risen 5 per cent across the state over the same period, Ambulance Victoria statistics reveal just 82.33 per cent of Code 1 incidents in the Frankston area received a response within 15 minutes in 2013-14, down from 90.17 per cent in 2008-09.

Code 1 incidents are defined as “requiring an urgent lights and siren response”.

Ambulance Victoria refused to release a regional breakdown of response times before last November’s state election. Daniel Andrews forced Ambulance Victoria’s board to resign in December as one of his first acts upon becoming Premier.

Frankston Labor MP Paul Edbrooke said the release of the response times “delivered on another one of our election commitments – releasing this important report.”

“I look forward to speaking to my constituents about this report and what’s been proposed by the committee so that we can start to fix the ambulance crisis.”

Liberal opposition spokesman for emergency services Brad Battin said a Victorian Auditor-General’s Office report “states that the raw data relied upon by Daniel Andrews was outdated or not based on evidence and simply did not provide useful information”.

“The report by the Auditor General is a flashing red light that demonstrates Daniel Andrews’ political campaign as flawed,” he said.

The Andrews government plans to establish a $60 million Response Time Rescue Fund and has committed an additional $40 million to upgrade ambulance stations, equipment and vehicles.