Out in force for Anzacs 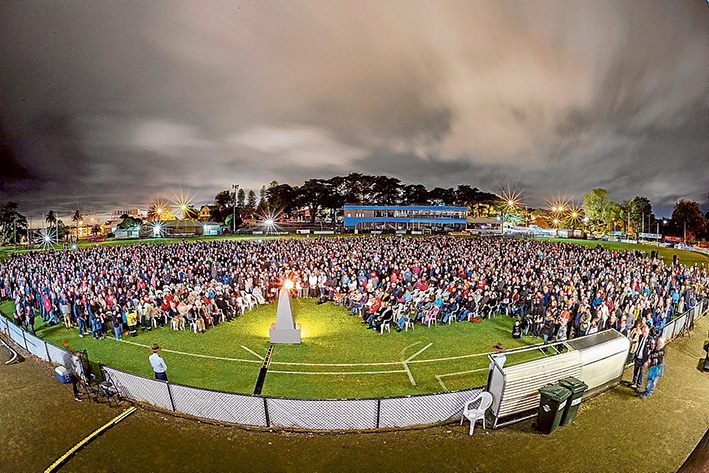 The threat of rain did not appear to impact on the numbers gathering to mark the centenary of the ill-fated landings of Australian and New Zealand troops on the beaches at Gallipoli, in Turkey.

In direct contrast to the suffering of the troops, Saturday’s crowds parked their cars and walked to the various ceremonies free of any impending danger. Children proudly wore the medals of relatives as they approached memorials, showing everybody the soldiers’ deeds would not be forgotten.

Ironically, while speakers at the ceremonies gave thanks to the troops for their sacrifices in World War I and every conflict since to ensure peace at home, police have been warned that they could be the “near” target for modern day extremists.

While the uniformed police presence at the Anzac ceremonies appeared as normal, one state politician told The Times that many more in everyday clothes were mingling with the crowds, keeping a watchful eye for threats of violence on the home front. Lest we forget: Banyan Fields Primary School planted poppies for the Anzac Centenary.