Yoga school to be wound up 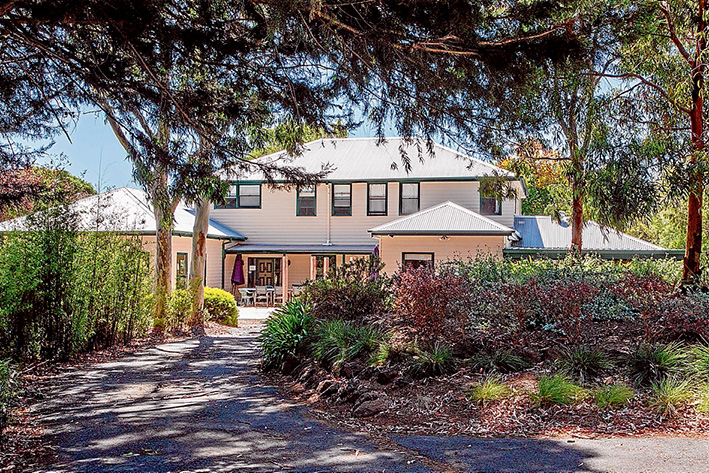 THE final winding up of the financial affairs of the organisation behind the Shiva School of Meditation and Yoga, Mt Eliza, could depend on “litigation flowing” from allegations against its former spiritual leader, Russell Kruckman, also known as Swami Shankarananda and Swamiji.

Mr Burness on Saturday said the timing of the winding up of the organisation would be determined by the “litigation flowing” and contingent liabilities.

Once finalised, the liquidation will see the end of an organisation that has been a significant part of the Mt Eliza community for the past 25 years.

As well as running a cafe in the village its Saturday night gatherings, or satsangs, were regularly attended by more than 350 people, including residents of the ashram at 27 Tower Rd.

The decision to wind up the organisation behind the ashram follows last December’s announcement by the school that its leader had “secret sexual relations with a number of women from the ashram community”; police are investigating allegations of sexual assault; and a class action announced by St Kilda lawyer Angela Sdrinis.

Mr Burness said Shiva Yoga owned three properties near the ashram, two in Petrel Ave and one in Clendon Close. They are collectively valued at just under $3 million, although one has a mortgage.

The most valuable property connected to the yoga school, the ashram in Tower Rd, is owned by Swami Shankarananda and is not subject to the liquidation.

Financial statements of the tax-exempt Shiva Yoga Inc for the year ended June 2014 show $1.38m has been spent improving the ashram building and lists Swami Shankarananda as having loaned the organisation $373,508. The statements show “retained earnings” of $2.9m.

Mr Burness said Swami Shankarananda had placed caveats dated 22 April 2015 on the titles on one of Shiva Yoga’ Petrel Ave properties in and the one in Clarendon Close.

Mr Burness said his appointment by members of Shiva Yoga was preceded by a Declaration of Solvency lodged with Consumer Affairs Victoria outlining that the association was in a position to pay all creditors in full within 12 months of the winding up.

“I am cognisant of the allegations against the ashram and would be dealing with all potential claims as part of the liquidation process.”