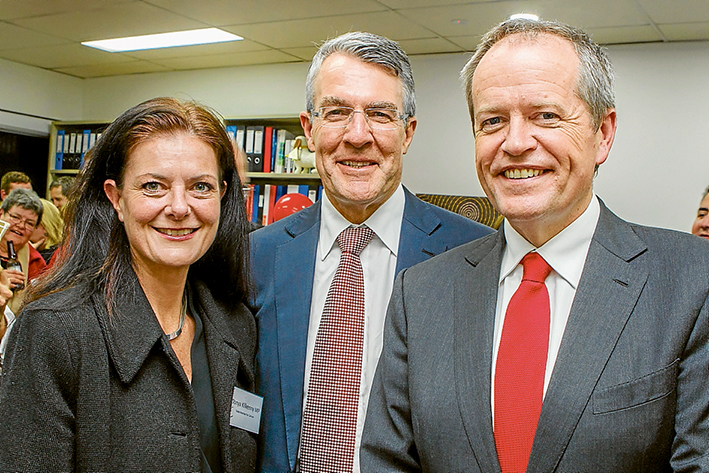 IT has taken seven months but Carrum MP Sonya Kilkenny’s electorate office should be open for business in July.

The Labor MP, who narrowly won the seat of Carrum from former Liberal MP Donna Bauer at last November’s state election, has been fielding constituents’ questions at regular meetings around the electorate but is set to call 622 Nepean Hwy, Carrum home.

A spokeswoman for Ms Kilkenny said Parliamentary officials had leased the office space on behalf of Ms Kilkenny following a search for suitable digs.

MPs often move into the premises of their predecessor but this did not happen this time around.

“Post the election, due to the redistribution of the boundaries a new office was required for the Carrum electorate,” the spokeswoman said.

The new office will be open “in mid-July”.

“I am very pleased to have opened shop in Mordialloc,” Mr Dreyfus said.

“The opening of my new electorate office in Mordialloc provides the opportunity for me to work from a more central location for the Isaacs electorate and also saves taxpayer funds by moving to a shopfront with far cheaper rent.

“This move is also more convenient for the majority of Isaacs’ residents who live along the coastal strip.

“I invite all local residents to come by and say hello. I’d love to have a chat,” said Mr Dreyfus.

About 150 people attended the opening of the new Isaacs Electorate Office at 566 Main Street, Mordialloc.

First published in the Chelsea Mordialloc Mentone News – 27 May 2015