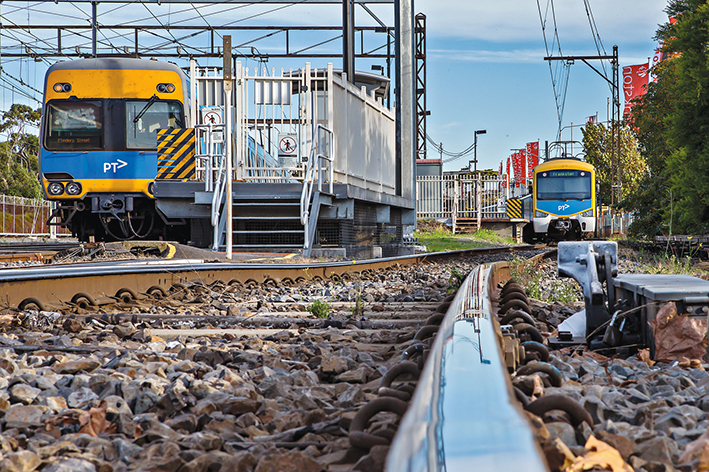 IT is time for the community to let the state government know its views on the redevelopment of the Frankston train station precinct.

Public feedback is being sought on possible investment opportunities and projects for the train station and its surrounds.

The $50 million project is the highest-profile pre-election pledge made by Labor before its November election win. An additional $13 million pledged by the former Coalition government to improve Young St will also be honoured by Labor.

A further $46.9 million will fund a first stage of upgrades to the Frankston campus of Chisholm TAFE.

Premier Daniel Andrews has promised to “fast track” a master plan for the transport hub.

Feedback can also be submitted by completing an online survey or sending views about the station revamp by email to the state government.

Frankston Labor MP Paul Edbrooke said the drop-in session and survey is an opportunity for residents to contribute to the transformation of the train station and central Frankston.

“I encourage everyone in Frankston to get down to the drop-in session or hop online and get involved in shaping the future of Frankston station,” he said.

“Our new station and precinct will be better for the passion and input of those who use it every day.”

Public Transport Minister Jacinta Allan said Frankston station is “a true gateway to the peninsula for visitors” and the project aims to “deliver a safer, more vibrant station and Young St”.

Project representatives will be on hand to answer questions about redevelopment proposals at Saturday’s public drop-in session.

Council asked residents in March to make their views known on the redesign of the station precinct before making its official submission to the Frankston Station Precinct Taskforce.

Council proposed a multi-deck car park including office and retail facilities in partnership with Chisholm TAFE and “relocating government agencies” to the offices.

Young St traders want bus terminals to remain in the street instead of a proposed move to Fletcher Rd.

See economicdevelopment.vic.gov.au/frankston-station-precinct-redevelopment for more details. Public submissions, including the completion of an online survey, are open until Friday 3 July, 5pm. The project team can be emailed at frankston.station@ecodev.vic.gov.au