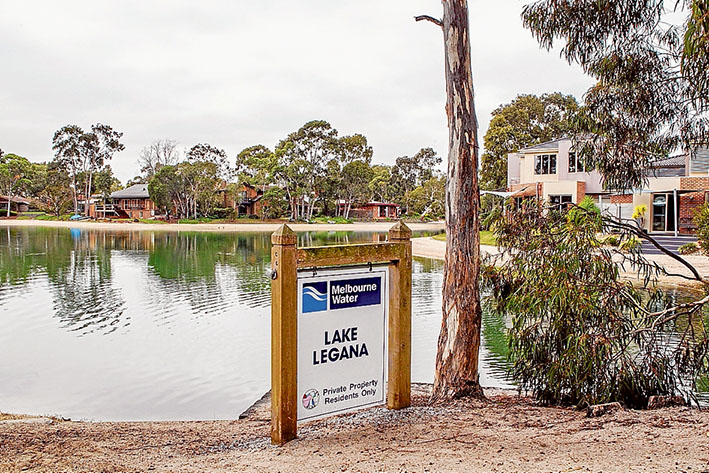 HAZARDOUS blue green algae in the Quiet Lakes at Patterson Lakes could become more prevalent if a plan by Melbourne Water to ease back monitoring goes ahead.

The land locked Quiet Lakes include Lake Legana, Lake Illawong and Lake Carramar. The lakes are linked to each other and the Patterson River and Kananook Creek by pumps and drains.

The defunct Dandenong Valley Authority agreed to maintain the Patterson Lakes waterways and charge residents a precept rate. In recent years, as housing has increased in the area, council and Melbourne Water have debated who should pick up maintenance costs.

Melbourne Water has advised council it intends to stop weekly inspections and only measure blue green algae levels during the summer months.

The water authority also intends to no longer turn on a bore, operating between October and March, which increases water flow to help prevent blue green algae.

Cr Tamsin Bearsley said the algae can be hazardous to residents and is particularly dangerous for wildlife and pets.

“Prior to the bore, there were regular appearances of blue green algae … we really need to protect

Monitoring of algae by Melbourne Water will begin in December each year but Cr Bearsley says this means algae outbreaks earlier in the year will not be detected until then.

“Who wants to live next to toxic water?” Cr Bearsley asked.

Kingston councillors have unanimously backed an approach to the Environment Minister to try to force Melbourne Water to switch the bore back on and continue weekly inspections.

“Future use of the bore for flushing to achieve swimmable quality water is a possible option under a user-pays system, provided Quiet Lakes residents wish to do this,” he said.

Groundwater was flushed into the three lakes at a rate of at least 1.5 million litres per day during the three-year bore water trial.