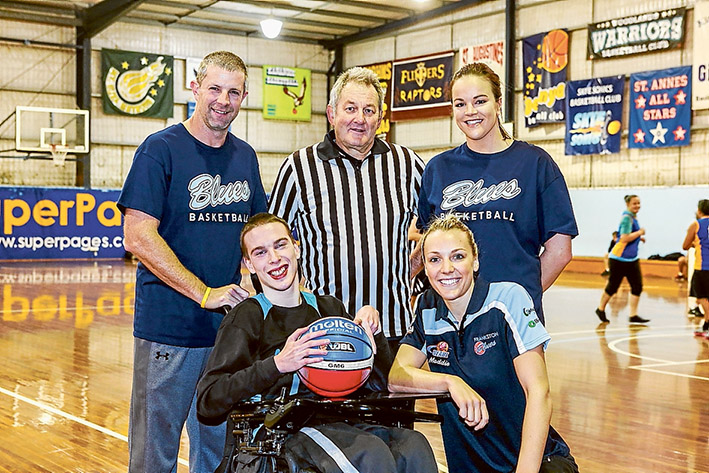 CONFUSION over local funding for a major redevelopment of the Frankston Basketball & District Association stadium in Seaford led to the project missing out on Commonwealth funding to start work on a $20-$25 million revamp.

Frankston mayor Cr Sandra Mayer said council had applied for funding from the federal Coalition government earlier this year as part of the first round of the government’s National Stronger Regions Fund (NSRF) program.

Council sought funding to add to commitments by the state government, council and the Frankston Basketball Association but the application was bounced out due to a lack of overall funding to proceed with the project.

Council pledged $4 million, the state government promised $2.5 million and the basketball association will throw in $1 million to redevelopment the Seaford facilities.

“The federal Department of Infrastructure and Regional Development advised this application could not proceed because there was not enough guaranteed funding for the project to proceed,” Cr Mayer said.

“Council applied for $4 million federal government funding, indicating in the submission that $2.5 million was committed from the state government and another $1.5 million was being sought.”

Federal Liberal MP for Dunkley MP Bruce Billson said council’s application for funding failed at the first attempt since “the application that was submitted didn’t actually match up with the facts”.

“It seems the $4 million was a bit of a try on given that the state had only indicated a commitment to $2.5 million,” he said.

Mr Billson’s criticism of council came despite previously claiming discussions with the previous Coalition state government gave council “the impression that extra funding would be provided” (‘Parties clash over stadium funding’, The Times 15/6/15).

He had called on the Labor state government to commit another $1.5 million even though his Liberal state counterparts had not formally done so when in government.

The federal government’s NSRF program “has capacity to consider applications up to a dollar for dollar amount but as those requests for funding increase in value so does the rigour and the context for those funds,” Mr Billson said.

The Small Business Minister said council’s rejected application for funding in the first round of the NSRF program “put forward a reasonable case” but more money and “a stronger proposal” than outlined in the initial application may be needed to highlight the positive economic and social impacts of the project.

Mr Billson says council needs to find additional funding, persuade the state government to up its contribution or apply for a greater amount of federal government money which would require a more detailed application.

“Everyone has to be on the same page to win funding,” he said.

Cr Mayer said council is currently considering its application for the second round of funding from the $1 billion federal NSRF program.

Applications must be submitted by the end of this month.

“I’m sure our residents, many of whom regularly use the basketball stadium, would welcome a state government announcement of the additional $1.5 million to help ensure this project goes ahead,” Cr Mayer said.

Funding of $13 million is needed to begin stage one of the stadium redevelopment which will include the refurbishment of existing facilities and new basketball courts.

“The much needed stadium expansion project is a key infrastructure project for our region and will create significant economic benefits not only during construction but on-going for our community so qualifies as part of regional fund guidelines,” Mr Jolly said.

He hoped the three levels of government can work together to ensure the Frankston community benefits from the planned upgrade of the stadium.