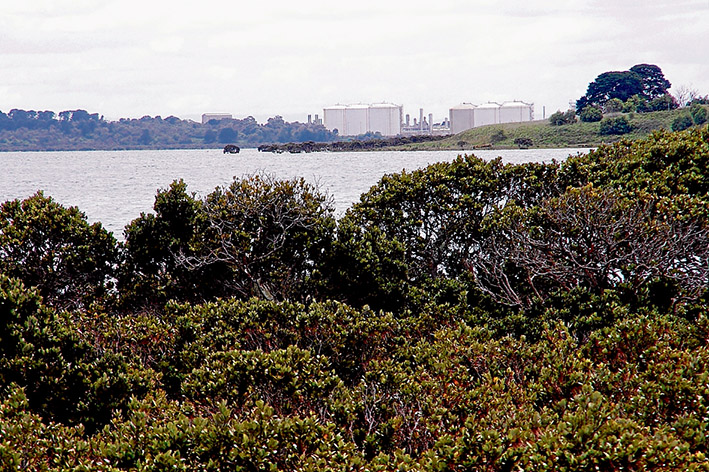 For and against: While Mornington Peninsula and Frankston councils are calling for the state government to develop the Port of Hastings, Bass Coast Shire says enough is enough, and warns a bigger port will be a loss for the environment and the economy.
Share
Facebook Twitter LinkedIn Pinterest Email

MORNINGTON Peninsula Shire is calling for an “urgent meeting” with the state government over the effects of its plans to lease the Port of Melbourne.

Under the terms of the lease being considered by the government, it will promise not to allow another competitive port to be built for at least 50 years, effectively ending plans for a container port at Hastings.

Instead, the government wants Hastings to be used as a “bulk” port, adding processed brown coal to the existing trade in petroleum products and natural gas.

The call for talks by the shire comes after similar concerns raised by Frankston Council.

However, while Mornington Peninsula and Frankston councils try to convince the government not to abandon Hastings, the Shire of Bass is arguing from a different perspective.

Bass, too, is writing to the government, to stress its opposition to expansion of the port at Hastings.

It also plans on making a submission to Infrastructure Victoria (which will investigate options for a new port) outlining the costs to the region’s economy and environment of a container port at Hastings.

The decision to seek urgent talks with the government was adopted with little discussion at the council’s meeting Monday 15 July under the “urgent business” part of the meeting.

The council’s action comes more than eight months after Labor won government and an election campaign where Labor signalled its preference for the state’s next container port to be built in Port Phillip and not Western Port.

Frankston Council – which had billed itself as the logical commercial hub of an expanded port at Hastings – has already expressed its concerns to the government.

“A long-term lease will effectively kill off the Port of Hastings expansion for the foreseeable future, and that means killing off a major employment boost in our region,” Frankston mayor Cr Sandra Meyer said (“Frankston lobbying for port at Hastings”, The Times, 13/7/15).

“In addition, if the Port of Melbourne remains our state’s only major port, further destructive dredging will be necessary at the Port Phillip Heads to cater for larger container ships, potentially having a serious impact on the Mornington Peninsula tourism industry.”

Cr Colomb is also opposed to further dredging in Port Phillip and its impact “on our beaches and coastline, the marine environment and sea life”.

Neither council appears to acknowledge that dredging is required to establish a major port at Hastings in close proximity to wetlands, which Australia has an international obligation to protect.

It has been estimated that a container port at Hastings would require 24 million cubic metres of dredging to provide access to the estimated 4.5 kilometres of concrete wharves.

“Council has always supported the development of a green port that has no negative impacts on Western Port,” Cr Colomb said.

“We have not been consulted or informed about any alternate possible uses of the port, and any such proposals would need to be thoroughly worked through with council’s and the community’s active involvement.”

Westernport and Peninsula Protection Council says in its latest newsletter that dust from processing brown coal for export at Hastings could “disrupt [the existing plants of] Esso and BlueScope and the township of Hastings”.

Since coming to power, the Labor government has scaled down the activities of Port of Hastings Development Authority, cutting staff from close to 100 to about 12.

The government has instructed those left at the authority to concentrate on increasing opportunities to use Hastings as a “bulk” port.

This year Western Port is expected to be used by 50 ships involved in the export and import of bulk petroleum and liquefied natural gas.

However, the state government has not suggested blasting to deepen existing shipping channels, and transport experts have repeatedly stated that the world’s largest ships will never be sent to Port Phillip.

In September 2014 Mr Hunt told The Times that Bay West “would be the largest dredging and blasting proposal in the last 30 years”.

“There is currently no proposal to assess regarding the Port of Hastings, but if one were put forward, it would have to be assessed by what is likely to be one of Australia’s most comprehensive environmental impact statements under federal law.”

One year before that and weeks before he was made environment minister, Mr Hunt said he believed “the port expansion will be an important boost to Hastings and Western Port in terms of jobs and investment but it must be carried out under strict environmental conditions”.

“Western Port is of huge environmental significance and we have a duty to ensure that any development is carried out sensitively,” he said.

“A consideration of Australia’s international obligations under the Ramsar Convention would be included in the environmental impact studies carried out before any work on the expansion began.

“The planned expansion of the Port of Hastings would have to undergo rigorous environmental assessment at both state and federal levels before any sort of construction work could begin. Both levels of government would have to be satisfied that all potential environmental impacts could be minimised or negated.”

Mornington Peninsula Shire councillors say they want to talk to the state government about its plans for the future development of the Port of Hastings and a long-term lease of the Port of Melbourne.

They are “strongly opposed to any future deepening or widening of the shipping channels or The Heads in Port Phillip” and do not want to see Hastings “excluded as an option for further expansion as a direct result of” leasing the Port of Melbourne.

“We really need some direction from the state government about their long-term plans, both for Hastings and the Port of Melbourne,” Cr Colomb said.

“If the Port of Melbourne is to be Melbourne’s only port for the next 70 years, it will require significant dredging and deepening of The Heads and [Port Phillip] bay. Council is deeply concerned about the impact that dredging will have on the bay.”

Cr Colomb said it was “important that all stakeholders have an opportunity to have their views heard and their concerns addressed”.

“The bay is a vital part of the peninsula’s environmental, social and economic fabric and we must ensure it is protected and enhanced for future generations.”