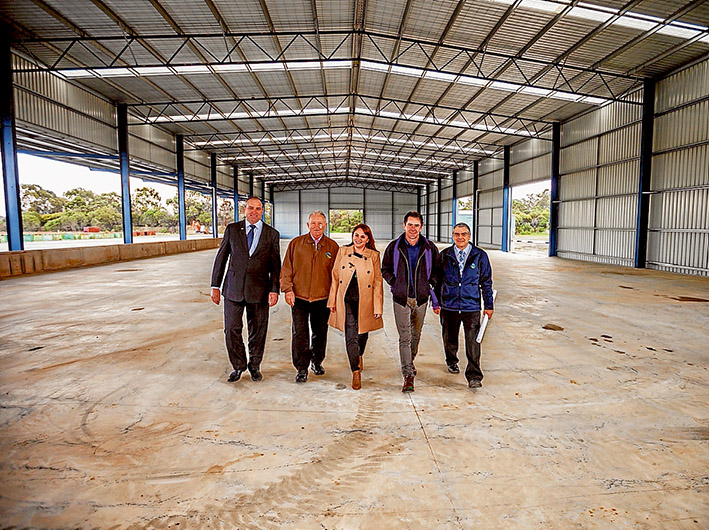 CHRISTMAS has come early for bargain hunters who will be able to get their hands on discarded furniture and household goods at a new $12.3 million rubbish tip in Frankston.

The bargain hunters may even grab a Christmas tree dumped by its original owners at the new Frankston Regional Recycling and Recovery Centre at Harold Rd, Skye.

The rubbish tip operator KTS Recycling will open a resale shop at the recycling hub to resell items that can be salvaged and used again. Any profits will be ploughed back into the shop or management of the recycling facility.

The waste transfer station will open in October.

Getting rid of mattresses will cost $25 and Christmas trees can be offloaded for $5 each.

Frankston Council took possession of the Harold Rd land, the site of a former commercial waste transfer station run by Skye Sands Pty Ltd which closed down in 2010, and mayor Cr Sandra Mayer said the location is “ideal to service the entire region”.

“Taking ownership is a huge step in the right direction for our community, who have been crying out for its own recycling and recovery centre for five years, since we were asked to close the former transfer centre on Centenary Drive to make way for Peninsula Link,” Cr Mayer said.

The mayor said council had lobbied federal and state governments to contribute funding to the new rubbish tip.

“Although we did not receive any financial support, we knew that this was a commitment to the community that we needed to keep and are proud that we are able to deliver.”

KTS Recycling, manager of the existing Knox Transfer Station, has been appointed by council to oversee recovery operations and sort and recycle dumped items for a minimum of two years with an option to extend the contract.

CFA and MFB fire crews were called out to battle fires at the Wantirna South waste transfer station three times between 2012 and 2014.