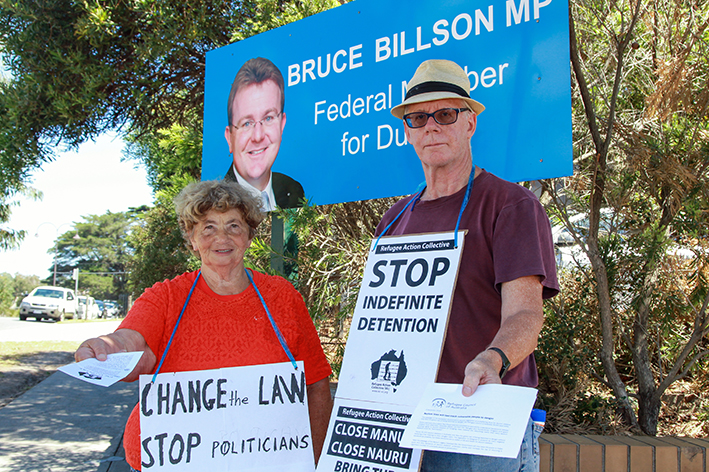 A LABOR Party vote to support asylum seeker boat turnbacks if it wins back government has been slammed by Amnesty International.

“People are entitled to have a proper asylum review process and the question is ‘turn back to where?’.

“We have a responsibility to protect and not punish people for seeking asylum. To promote turnbacks is one of the biggest ethical distortions in our society.”

Federal Labor MP for Isaacs Mark Dreyfus said the opposition “cannot ignore the thousands of people who have died at sea trying to seek asylum”.

“Provided it can be done so safely, a future Labor government reserves the option to turn back boats at sea to discourage people smugglers from risking the lives of asylum seekers at sea, in compliance with the Refugee Convention.”

Mr Dreyfus, a non-voting delegate at the weekend Labor conference, said a Labor government “would remove the Abbott government’s cruel and ineffective temporary protection visas and its militarisation of the transfer of asylum seekers”.

“Labor will not demonise asylum seekers with the inflammatory and ignorant language of the Abbott government. Instead Labor will bring transparency to the process of seeking asylum.”

Mr Bain said the major political parties are “compromising some of our fundamental human values” and this will damage Australian society in the long term.

“If all countries did this [turnbacks] the United Nations Refugee Convention would collapse and the implications for that are not positive for Australia or the whole world.”