Hives of activity to protect bees 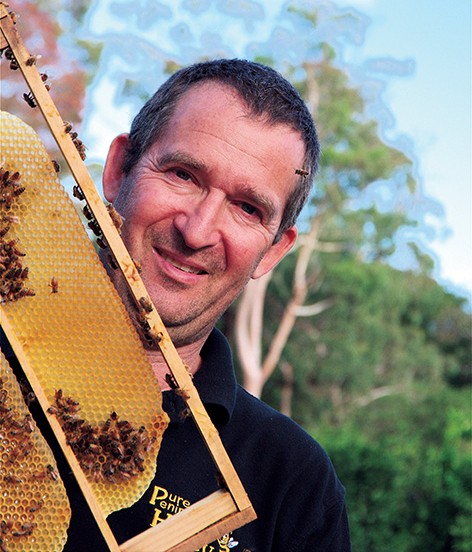 WHILE the federal government spends billions of dollars preventing asylum seekers and refugees from landing on Australian soil, the Victorian government has recruited thousands of unpaid workers to stem the predicted tide of voracious hordes from Asia.

Although Operation Sovereign Borders carries out the government’s turn-back-the-boats policy the state government’s keep out the mites program depends on the humble bumblebee.

If the bees are unable to detect an invasion a $90 million a year industry is threatened.

The federal government has never quite spelt out what is under threat if asylum seekers and refugees are allowed to land in Australia before their bon fides are checked.

The Andrews Labor government last week announced a new line of defence was being established from Flinders to Somerville to check for unwanted boat arrivals.

A series of sentinel beehives are in place to watch the Western Port coast for the varroa mite, which could be brought ashore by Asian bees, which have stowed away on ships heading to Crib Point and Hastings.

If they gain a foothold, the mites could devastate the domestic honey market.

Six sentinel hives and four swarm catch boxes have been set up under the National Bee Pest Surveillance Program. The sentinel hives are checked every six weeks, with any mites on bees sticking to sticky strips hung between wax brood combs. Samples are then sent to government entomologists for assessment.

The swarm catch boxes are monitored daily by landholders. Any bee swarms found near the port, but not in catch boxes, are sampled and destroyed.

In the year to May, five swarms were detected in catch boxes, including one at Hastings.

Other methods of detecting infected bees include sweep netting of flowers near ports using butterfly nets. Another is the sugar shake program involving 187 mainly hobbyist beekeepers who monitor their hives for varroa mite three times a year.

A sample of 300 bees from a hive is shaken with a tablespoon of icing sugar which causes any of the reddish-brown mites to fall off bees where they can be easily seen against the white icing sugar.

The government says the state’s honey industry also contributes to the pollination of up to $6 billion worth of crops.

“With more than 4000 registered bee keepers in Victoria it is critical they get the right information to help keep their hives free of pests and diseases – that’s why the Australian Beekeeping guide is such an important resource.”

Moorooduc beekeeper John Winkels said up to 80 per cent of bees would die in the first year if the varroa mite established itself in Victoria.

“We are the last bastion in the world against the mite and there’s not been enough effort to stop it,” he said.

“If it came, we would need to double our workforce to combat its effects – and we’ve been trying to get ready for 20 years.”

After a mite incursion, he said pollination fees would rise, as would the cost of food production – with the now $80 hives costing up to $200 after widespread infestation.

However, a serious mite infestation would not spell the end of the industry, Mr Winkels said.

“It’s not all negative. We would need to import breeding bees that have developed antibodies against varroa but, of course, they would be more expensive and there’s the risk they would bring in other diseases.

“It would become more efficient but more expensive.”

He said New Zealand bee populations had survived and honey production was now rising since a crash in 2000 when 80 per cent of the bee population died. The feral hives have gone and the industry is reportedly “better managed”.

“The NZ industry has never looked back since they got varroa,” Mr Winkels said.

But the timing of a mite invasion is crucial: “We need to know when it is coming.”

Referring to Victoria’s $500 million almond industry centred on Robinvale and Mildura, Mr Winkels said: “If it comes before the pollination season it could mean a whole crop failure. If there are no bees, there will be no crop and that would be a huge cost to the state’s economy.”