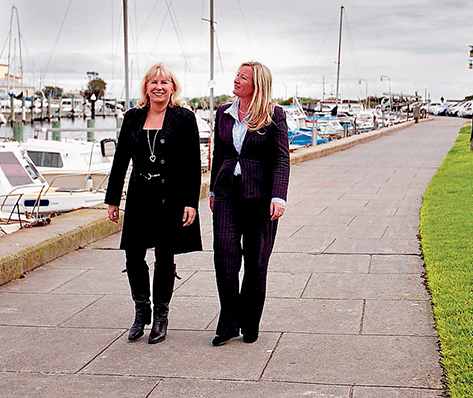 FORMER state MPs in Kingston who lost their seats at last November’s state election have complained about “bullying, intimidation and dishonest tactics” at polling booths.

Donna Bauer and Lorraine Wreford, Liberal MPs who held the seats of Carrum and Mordialloc respectively, have made submissions to a parliamentary committee tasked with reviewing electoral guidelines.

Ms Bauer’s submission to the Joint Standing Committee on Electoral Matters claimed union campaigners used her ill health at the time of the election against her.

“Disappointingly, Union campaigners sought to exploit my battle with bowel cancer, for which I underwent six months of chemotherapy from March to September 2014.

“At polling places, several campaigners in fire fighter outfits would compare my health with the Napthine government’s presumptive legislation giving workers’ compensation to fire fighters for certain types of cancer.

“As voters would enter polling places, I would often hear campaigners say: ‘Don’t support Donna, she doesn’t support the rights of cancer patients through presumptive legislation.’ As far as I am aware, I am the only Liberal who was targeted with this particular tactic.”

Ms Wreford’s submission in part read: “I was often personally confronted by unionists who were aggressive and threatening towards me.”

The former Mordialloc MP said election campaign banners and billboards were regularly destroyed or defaced in the lead-up to polling day.

“Most of my signs had phallic symbols painted onto them nightly.”

Ms Bauer’s father, Terry Hope, also made a submission to the committee calling on protective services officers to be stationed at polling booths in future elections.

Mr Hope said PSOs could be an option “in order to keep our elections above board and transparent, and to keep voters safe and free of unwanted pressure”.

Unions including the United Firefighters’ Union also made submissions to the inquiry. They denied any harassment on their part during the election campaign.

“It should be noted that overwhelmingly the firefighters were warmly received and the public were supportive and appreciative of the information provided,” the UFU’s submission said.