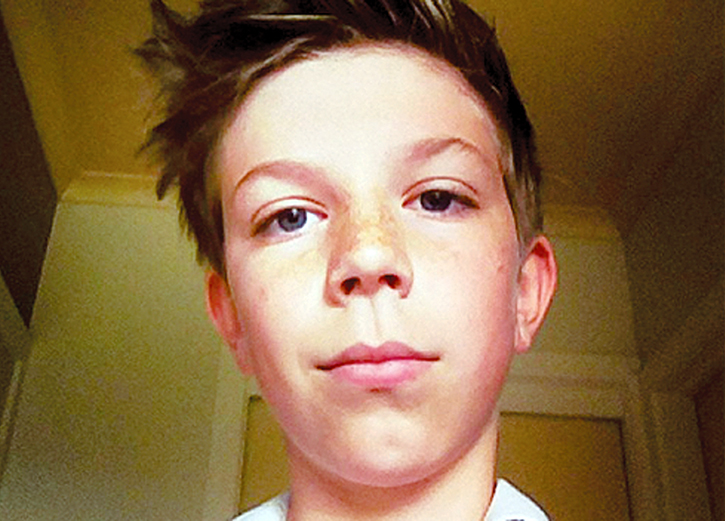 A CORONER’S inquest into the death of Tyabb boy Luke Batty – and the circumstances leading up to the tragedy – has found that it could not have been predicted.

Judge Ian Gray said in a 111-page finding released on Monday that the 11-year-old’s death “was not reasonably foreseeable by anyone – including his mother, Rosie Batty”.

But Mr Gray noted that circumstances leading up to the event were exacerbated by “a failure to engage [his father Greg] Anderson in the family violence system and make him accountable for his actions”.

He also stated: “Luke’s death, from the practicable point of view, was not preventable from the time he entered the cricket nets to practice with his father.”

The Flinders Christian Community College boy was killed by Mr Anderson after cricket training at Tyabb reserve in February last year – an event described by the Coroner as the “tragic death of a young life full of promise”.

Mr Anderson was shot by police and died later in hospital.

Mrs Batty was at the ground at the time and, after querying her son as to his feelings about being left alone with his father, agreed later she “knew he never believed his dad would ever hurt him, by physically hurting him”.

She said she supported Luke having a relationship with his father.

Mr Gray found that Mr Anderson had murdered his son, and that the death was preceded by years of family violence perpetrated by him on Luke and his mother.

He said he was unable to determine the reason for the killing, but noted from Mrs Batty’s evidence that Luke was growing older and wished to withdraw from his father, and that Mr Anderson realised this and wanted to exert control over his son.

Evidence to the Coroner that Mr Anderson had a delusional disorder was accepted, but without evidence from a full psychiatric assessment it was found that “no finding can be made with certainty about whether Mr Anderson suffered from any particular mental illness or how he might have been treated”.

Mr Gray added: “No person or agency could have reasonably been expected to foresee that Mr Anderson would be that rare perpetrator, nor Luke the rare victim, of a violent filicide.”

Chelsea police could have detained Mr Anderson after they spoke to him at a residential address about an alleged violent incident three weeks before he murdered his son but were unaware of five warrants out for his arrest at the time.

The coroner noted: “The Chelsea police officers were not aware of the unexecuted warrants because they were not on LEAP. This was a major system failure and yet another lost opportunity to bring Mr Anderson to account.”

Mr Gray did note Mr Anderson could have been released on bail by 12 February – the day of Luke’s death – even if he had been arrested by Chelsea police.

Mr Gray made 29 recommendations, including that the State of Victoria seek to accurately identify a person’s risk of being the victim of family violence, and a perpetrator’s risk of repeating family violence.

Others referred to whether greater weight should be given to the victim’s own level of fear in assessing the risk posed to her and her children.

Mr Gray welcomed an expected overhaul of Victoria Police’s methods in treating family violence cases, including the roll out of a Risk Assessment and Management Panels to better assess risk, in the aftermath of the tragedy.

He also recommended that all agencies within the family violence system be “sufficiently supported” to provide training and professional development so they can provide realistic and effective violence risk assessments.

He described Ms Batty as a compelling witness who clearly was a “loving, careful and thoughtful mother”.

“Her decisions were completely motivated by her deep love for her son.