Mayor: ‘Speak up on bullying’ 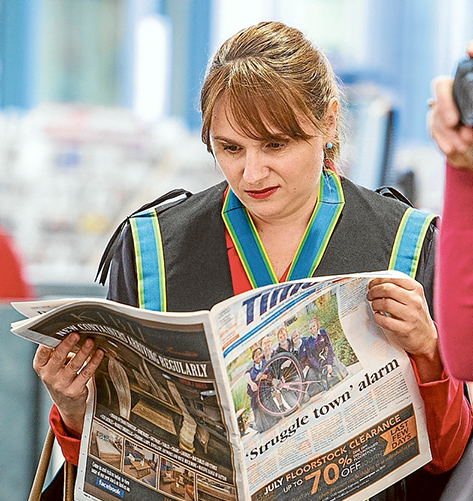 FRANKSTON mayor Cr Sandra Mayer has been appointed as an ambassador for an anti-bullying organisation despite Frankston Council itself becoming embroiled in bullying allegations earlier this year.

The mayor began her role as an ambassador for the Bully Zero Australia Foundation, a group whose aim is to raise awareness of bullying in schools and the workplace, by speaking to McClelland Secondary College students last Thursday about “creating a zero-tolerance culture of bullying”.

In a council media release issued last Friday, Cr Mayer vowed to “speak out against bullying”.

“Bullying can be relentless and lead to very serious outcomes. We must work together to let everyone know that as a community, we will not accept bullying,” she said in the statement.

“There is also a strong message to anyone who witnesses bullying in action: doing nothing is unacceptable. We all have a responsibility to speak up.”

The mayor determined “that there was no basis for a formal official complaint” when some councillors made complaints about alleged bullying behaviour earlier this year (‘Council ‘bullying cover up’’, The Times 2/2/15).

A freedom of information request by The Times, lodged after council refused to provide any details of bullying at council, revealed there have been five cases of proven or partially proven bullying at Frankston Council within the past two years (‘Bullying confirmed’, The Times 1/6/15).

The Times understands a WorkCover claim “for anxiety and stress” was subsequently approved after the investigation was completed.

Council’s media release about the ambassadorial role stated: “The mayor joins a large team of Bully Zero ambassadors from across Australia, which includes journalists, footballers, entertainers, MPs and councillors.”