Skye’s not the limit for Buds 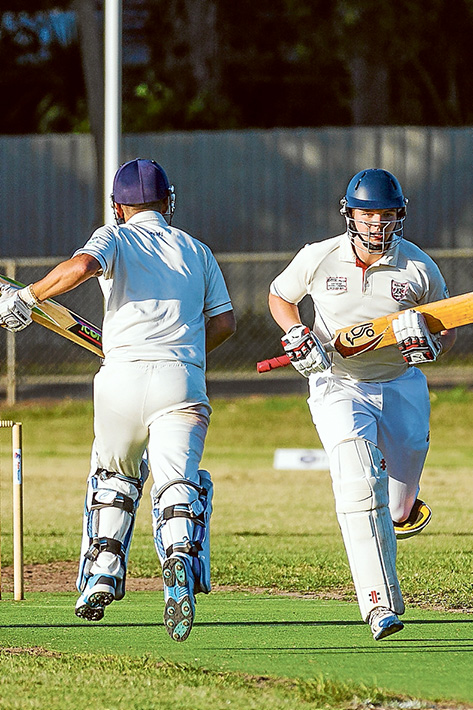 Rosebud will head into day two of its match against Skye in a commanding position after belting 9/316 in 76 overs on Saturday.

A superb 108 from young keeper Kane Donald set up the massive total, however, it came on the back of some solid early batting as well.

Pat Clish was the best of the Skye bowlers, claiming all five of the nine wickets.

Skye faced the final four overs of the day but escaped without loss.

Dromana has some work to do on day two to get the win against Hastings.

The Hoppers batted first after winning the toss and scored 168.

Andrew West top scored with 39 and Darren Kerr opened with 32, while Zac Klan made a cameo 22 late in the innings.

Timmy Birch was up to his old tricks for Hastings, claiming 5/37, while Luke Hewitt chipped-in with three wickets.

Mark Snelling got the Cougars away to a solid start with 44 before a half century to Stuart Swift helped the visitors to get to a reasonable total.

Zac Clements was the pick of the Knights bowlers with four wickets.

Tootgarook is in a commanding position against Tyabb.

The Yabbies batted first on Saturday at Truemans Rd Reserve and were dismissed for 106.

Balnarring is in all sorts of trouble after making just 135 against Frankston YCW.

Skipper David Ross top scored for the Saints with 31, while Andrew Kitson was the best of the Stonecats with the ball with 3/27.

In reply, the Stonecats are cruising at 2/71 with Jason Bedford not out 32.