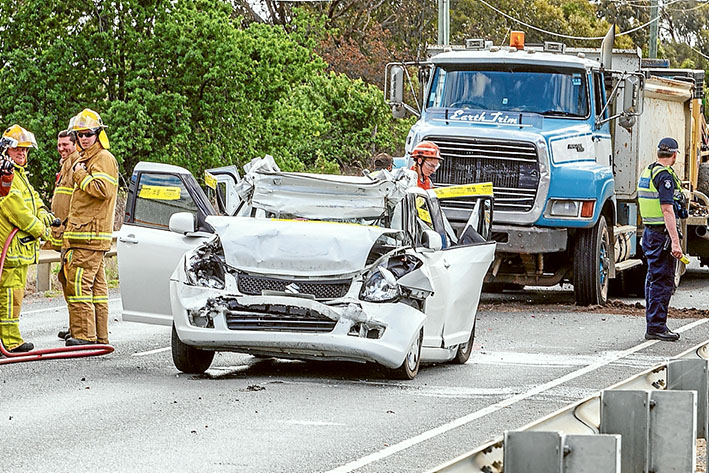 A CLYDE woman was taken to Frankston hospital with leg injuries, Thursday (15 October), after her Suzuki sedan was hit from behind by a truck towing a prime mover in Thompson Rd, near McCormick’s Rd, Sandhurst.

The woman, 23, was driving the last of four cars which stopped abruptly to allow a car in front to turn into a driveway, Leading Senior Constable Ash Bowden, of Carrum Downs Highway Patrol, said.

The force of the impact extensively damaged her car, and caused a four-vehicle pile-up about 3.50pm.

The woman remained trapped in the car for 30 minutes before being released by CFA crews from Patterson Lakes and Skye and Frankston SES. Another driver was taken to Frankston Hospital with a broken finger. No drugs or alcohol were detected.

The truck driver received an infringement notice for not driving at a safe distance.