Time to take out the trash in Green Wedge 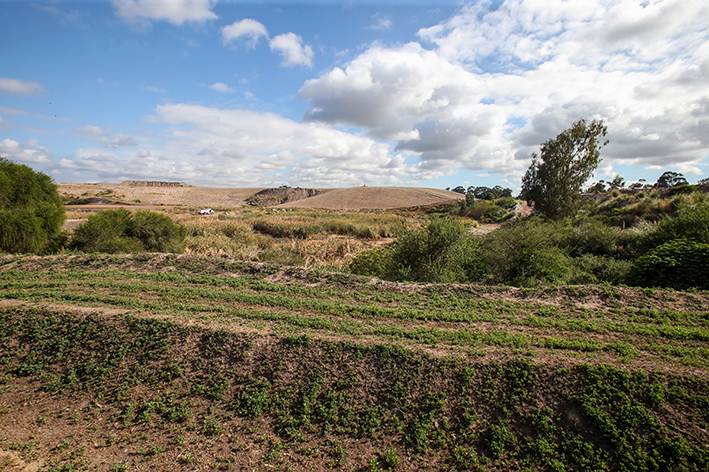 RUBBISH tips and concrete crushers will be banned from Kingston’s Green Wedge after a state government decision last week to rezone about 366 hectares of land in Heatherton and Clarinda.

The Green Wedge land north of Kingston and Heatherton Rds, and outside the urban growth boundary, was a Special Use Zone meaning waste businesses could operate in the area.

Labor Planning Minister Richard Wynne announced last Wednesday (14 October) that the land will be rezoned to a Green Wedge A Zone meaning existing waste industry businesses will have to cease operations when their existing leases run out.

The decision was made in time to foil an attempt by the Alex Fraser Group to extend its concrete crushing operations in Clarinda until 2038. The company had been due to appeal to VCAT on 26 October against Kingston Council’s decision to refuse a licence extension (‘Come in number C143, your time is (nearly) up’, The News 7/10/15).

Council had written to the state government in May asking for a C143 planning amendment to be approved to rezone the land from Special Use to Green Wedge A Zone.

“We’re thrilled to have this major initiative approved. This is no ordinary decision, but instead is one that will bring positive change to the south east of Melbourne for years and decades to come.

“There are very few moments where a council is called upon to make decisions that will endure for generations; this decision is one of those moments.

“Council and the community have been clear that the Kingston Green Wedge is no longer a place for the waste industry, and while Kingston is willing to play its part in hosting modern state-of-the-art waste recovery facilities we believe these should be directed towards industrial areas and away from parklands and suburban streets.”

The mayor said landfill sites will be “rehabilitated and ultimately turned into public parkland for the chain of parks, a process which will take decades”.

Mr Wynne said council can now proceed with long-term plans for the Green Wedge and pursue the chain of parks proposal, freeing up land for open public use, which was drafted in the 1970s.

“We said before the election that we would protect Melbourne’s green wedges, and that’s exactly what we’re doing,” he said.

“The rezoning will turn this spot into one which families and the community can enjoy, making Kingston a more liveable place to be.”

“This is a mighty victory for the Green Wedge. It’s the most significant step forward to happen in the last decade.

“This has made it very clear the government is going to protect the Green Wedge and we hope that will be a deterrent to any other ill-advised attempts to carve it up.”

Neighbouring residents have long complained to council about odours and dust from landfills in the Heatherton and Clarinda area.