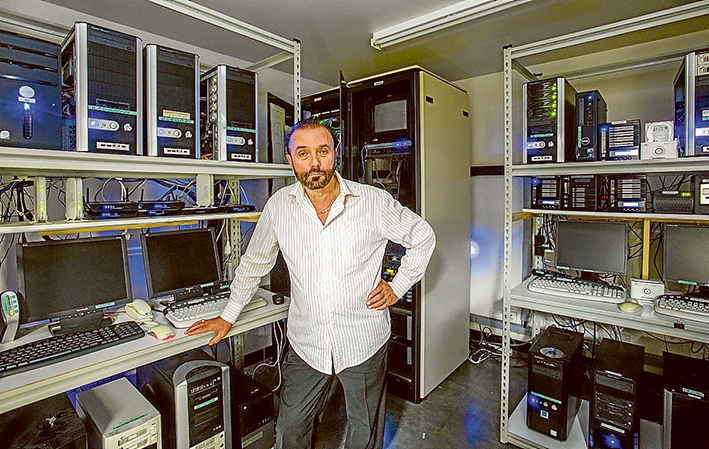 BRAESIDE businesses have been short-changed yet again during the rollout of the national broadband network.

NBN Co updated its rollout schedule last month and it was revealed work will not begin to connect the suburb of Braeside to the high-speed internet network until the first half of 2018.

NBN Co spokesman Michael Moore said the three-year rollout plan released last month “is designed to ensure we meet the Australian government’s expectation that all Australians have access to very fast broadband as soon as possible, at affordable prices and at least cost to taxpayers”.

“While NBN Co would like to connect everyone at the same time, we are constrained by both economic and physical resources.”

Businesses at Braeside’s Woodlands Industrial Estate have struggled with slow internet speeds for years and are frustrated about the unreliability of connections at the business park.

“We’re just five kilometres from the Mordialloc exchange, we’re running ten ADSL2 lines but it’s as slow as a snail so we’re becoming non-competitive,” he said.

Nulab receives print orders electronically for quick processing but larger files can take “hours” to arrive, according to Mr Warshall.

Federal Isaacs Labor MP Mark Dreyfus said it is “hugely disappointing” that the Braeside industrial precinct will not get access to the national broadband network until at least 2018.

“As evidenced by their delayed and downgraded broadband plan, this government simply does not understand the need for high quality broadband,” Mr Dreyfus said.

“I have been contacted by several businesses in the Braeside Industrial Precinct and have written twice to Prime Minister Malcolm Turnbull, but have not yet received an adequate response.”

Mr Dreyfus also criticised the federal government for rolling out “obsolete technology that simply won’t compete in the global marketplace”.

“While we are pleased that Braeside has been included on the schedule for 2018, we will continue to look for immediate solutions for the local business community,” Mr Nevins said.

“For example, council is facilitating an upcoming meeting between local Braeside industrial estate businesses and TPG to discuss a possible quicker alternative solution.”

Critics of the Coalition’s NBN policy say the quicker rollout of the network has come at the expense of top internet speeds needed to align Australia with internet speeds in many first world countries.

The Coalition opted for a less expensive fibre-to-the-node model for the NBN compared to Labor’s fibre-to-the-premises plan when it was in government. The FTTN model relies on outdated copper cables to connect the network to premises at the final point of connection while the FTTP model offers faster internet speeds since homes and businesses are connected directly to fibre optic cabling.

A NBN Co review of the Labor plan after the election found Labor’s network would have cost $73 billion if it had proceeded.

Mr Moore said NBN Co plans to connect all premises to the national broadband network by 2020.