Former ‘graduate’ back home to help 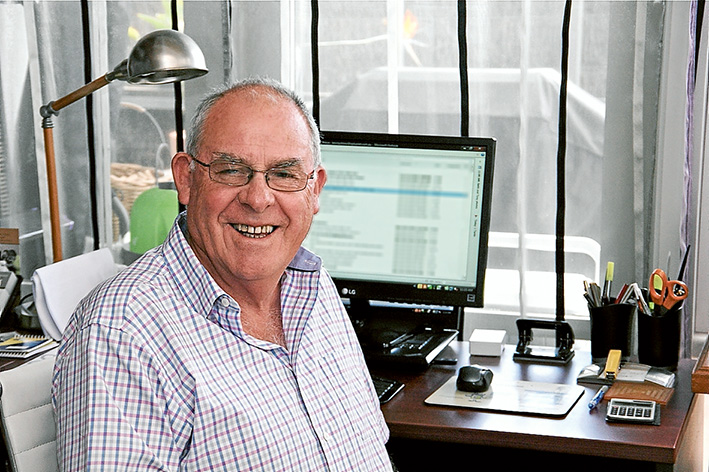 Back home: Kevin Johnson is president of Menzies Caring for Kids, the organisation that provided a home for him and his brother when their parents split 59 years ago. Picture: Keith Platt
Share
Facebook Twitter LinkedIn Pinterest Email

He knows how they feel and how Menzies can help because he was one of them.

The retired head of a multi-national company was nine when he and his 11-year-old brother, Brian, arrived at Menzies Homes for Boys in the summer of 1956. Their British migrant parents had split and could no longer care for them. For the next eight years Frankston’s “Home on the Hill” was the place the Johnson brothers called home.

When Johnson returned to live on the Mornington Peninsula after retiring, he immediately joined Menzies Caring for Kids. He is the first Menzies Homes’ “graduate” to head the care and support organisation that has operated in Frankston for more than 115 years.

“Because I was one of the kids that Menzies is still helping today, I have this vision of supporting them beyond their basic care and wellbeing … I want to give them opportunities to excel as citizens and lead happy, productive lives.”

He knows it’s a difficult task because many 16 year olds coming out of care are ill equipped to fend for themselves. They just don’t have the life skills to do things like find a place to live and access health care, do banking or even apply for jobs.

For a young Kevin Johnson primary school was in the home and he had chores like tending the vegetable garden, looking after poultry and livestock and washing dishes.

“When the siren rang for meals you ran like hell before the dining room door was locked and you missed out. But if you were quick and finished first, you scored seconds.”

Punishment was meted out with straps and canes … and, occasionally, the dreaded plastic hose.

However, Johnson said he left the home in January 1964 after making lasting friendships and “carrying with me awesome memories”.

In an age when horrific stories are emerging about abuse suffered by children in care, Johnson credits Menzies for his leadership skills, self-reliance and “a determination to get on”.

As senior boy he monitored the jobs done by younger boys and as he neared the end of his time at the home, he had more freedom to follow his interests in cricket and football. He played in Frankston’s first VFA team and donned the cricket whites at Seaford CC for a decade during which he served as club president. He is a 35-year member of Frankston Wranglers, a charity club that has supported Menzies for more than 60 years.

Today Johnson’s community work includes secretary of Proudly Frankston, chairman of Frankston Wine and Food Society, a board member of Frankston Peninsula Cricket Club, and a committee member of the Victorian Lords Taverners, giving the young and disadvantaged a sporting chance.

At Frankston Tech Johnson met Bill Gardiner whose father, Sid, co-owned S. W. and J. Gardiner, probably the biggest construction company in Frankston at the time. When it came time to leave Menzies he was taken in to the Gardiner household where he lived until he was 23.

“They were six wonderful years and I remain close to the family,” Johnson said.

Menzies Boys Home on Olivers Hill, Frankston, was demolished in 1965 and the land subdivided for housing development. The home started as the Ragged School Mission in La Trobe St, Melbourne, in 1864 and later became the Ragged Boys’ Home.

It moved to Frankston in the early 1900s and was renamed Minton Boys’ Home (after founder William Minton) when the ‘Home on the Hill’ opened in 1926. The name changed again in 1942 to Menzies in honour of James Menzies, father of Prime Minister Robert Menzies, who was associated with the home for more than 20 years.

The home was replaced in the 1960s by residential houses in Frankston, Dandenong and Seaford where boys and girls lived with substitute parents.

Today, the state government runs these residences while the role of Frankston-based non-profit Menzies Caring for Kids has shifted from carer to supporter of young people in need. Through funding and partnership opportunities, Menzies equips these young people with life skills they need to lead safe, independent and fulfilled lives.

“Menzies volunteers are committed to the safety and education of these kids so they get the chance to lead fulfilling lives,” Johnson said.

“We wanted to identify areas of risk and need and gaps in existing services, so we commissioned a survey of care groups.

“Out of the almost two dozen help projects identified by these groups we have selected the first three and funded them to the tune of $420,000 over the next three years.”

Already going concerns, the projects include a bus for police volunteers to transport young people to activities, a free medical program for pupils at Frankston North schools, and support for the Create Foundation that helps young people transition from care to self-reliance.

The survey, by Dench McClean and Carlson, will be Kevin Johnson’s blueprint for future Menzies’ activities.

The next big question is how to finance the support group’s work.

Some help will come from investments derived from the sale of two properties on Nepean Highway, Frankston. Also, Menzies owns Sages Cottage, which is leased to another care group, and a house in Mt Eliza that was used as a residential care house.

As well, Mainline Developments, Buy Property Direct and Menzies have partnered to build and auction a house in Langwarrin. The house is scheduled to be sold next February.

To help kick start a new era of fundraising, Kevin Johnson plans to restore Menzies’ profile to the level when the ‘Home on the Hill’ was synonymous with Frankston.

“People under 50 probably wouldn’t know the Menzies name, yet it’s been around Frankston for more than a century.

“We are devising a marketing plan that will include a lot of PR and reaching out to past and potential supporters.”

Johnson says that patron Stan Alves, former Melbourne champion, North Melbourne premiership player and St Kilda coach, is passionate about Menzies and is happy and willing to spread the word.

Alves and Johnson are planning to speak to as many service clubs and community groups as they can over the next 12 months.

“We need to raise more money to finance projects that offer help and hope to kids in circumstances that are not of their own making,” Johnson said.

“I know what that means and how it feels to he helped.

“Without Menzies I don’t know where or how I would‘ve ended up.

“There’s plenty to do and we have an excellent band of people who’ll keep supporting these young people.”