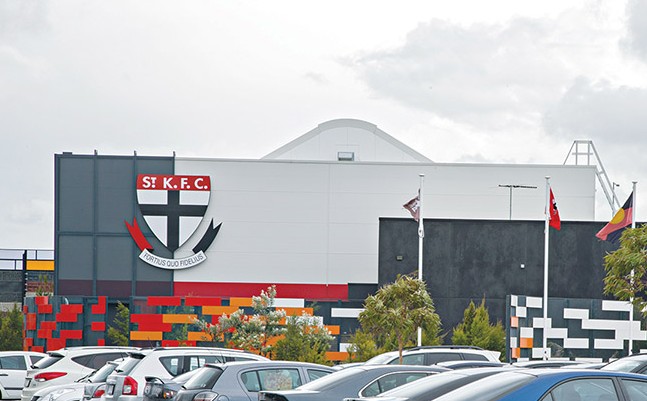 THE sealer has been kicked on St Kilda Football Club’s return from Seaford to its “spiritual home” at Moorabbin.

The Saints had a win at the weekend when the state government announced it will increase funding from $8 million to $12 million towards a $28.4 million redevelopment of Moorabbin Reserve at Linton St.

The redevelopment is now expected to be completed by mid-2017.

“This is a fantastic result for the Club, our supporters and the local community,” St Kilda CEO Matt Finnis said in a statement issued by the club.

“A new elite training, administration and community facility at Moorabbin will underpin our future success and build on the positive momentum at the Saints.”

“We’re upgrading it, so the Saints can return to their spiritual home and the community has a state-of-the-art facility it can be proud of,” he said.

The new facility will include a purpose-built training and administration base, facilities specifically for local football leagues and community access and extra room for a possible stand-alone St Kilda VFL team.

“This is a great opportunity to invest in our community by providing a community football hub, a much-needed indoor sports court and improved parkland. And of course we are thrilled to see the return of the Saints to their traditional heartland in Moorabbin,” she said.

The Saints quit Moorabbin in 2007 amid a disagreement with Kingston Council over the redevelopment of the Linton St facilities. The club had wanted to move 80 poker machines from Linton St to South Rd premises.

Pokies are still in place at Linton St and anti-pokies campaigners are concerned electronic gaming machines will remain in place at a facility being promoted as a community destination for junior footballers.

Punters lost just under $2.3 million at the Linton St social club premises in the 2014-15 financial year according to Victorian Commission for Gambling and Liquor Regulation figures.