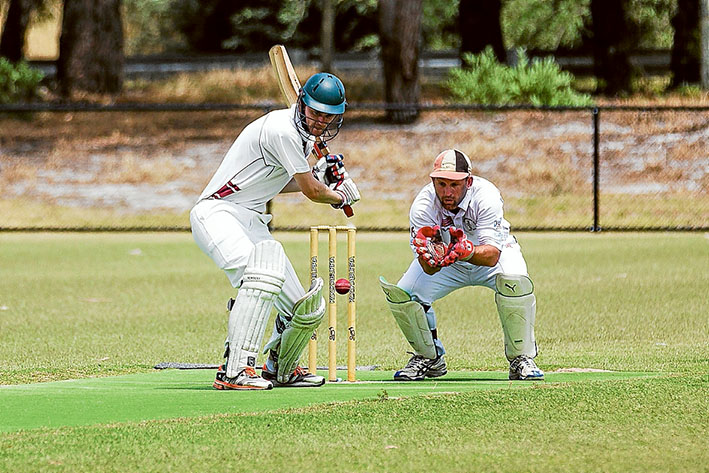 Heading into the second half of the season, there are six teams in position to make a claim for fourth spot, while Tyabb is on the bottom of the ladder but just two games out of the four.

One thing is for certain, the premiership is going to come from one of the top three teams.

Dromana seems to be the best placed team at the midway mark, showing the most consistency of the top three teams.

Hastings, currently in second place, is equal on points with Dromana (68) after an outright win on Saturday. However, its lack of consistency is a concern, as is the heavy reliance on Tim Birch and Luke Hewitt. In saying that, the likes of Mitch Floyd are starting to have a consistent impact, Isuru Dias is a welcome return and Al Kristensen is a trump card if he can find form.

Rosebud is dangerous. The Buds have the stock to win the lot and they wouldn’t be overly concerned about sitting in third place, 20-points in arrears of the top two.

On Saturday, Rosebud made light work of fourth-placed Tootgarook – a reflection of the gap between the top three and the rest.

Rob French top scored for the Frogs with an unbeaten 37.

Hastings is in a sensational position on the ladder after getting an outright win against Tyabb.

After leading by 37 runs on the first innings, Hastings started day two having Tyabb in some early strife at 3/21.

Tim Birch picked up a hat trick and 4/24 in the second innings and Floyd snared 3/36 and Dias 2/8 to bowl-out the Yabbies for 85 in their second innings.

Hastings then lost four wickets on their way to the 50 runs required for outright victory.

Dromana replied with 8/198 to the Knights’ first innings total of 95.

Skye enjoyed a very solid and equally-important victory against Balnarring.

Chasing 180 for victory and resuming at 2/39, the home side got there with three wickets in hand. Pat Beckham was the key in the victory for Skye, opening with 76 before being run out.

Stephen Smart (35) and Rob Gruar (27) then helped to ensure victory.

Frankston YCW was never going to haul in the 342 required for victory against Carrum Downs.

Jack Greenwood had a crack with 53 and Lai Leaunoa made 33, however, Chamara Perera was superb with the ball for the visitors, taking the game away from the Stonecats with 5/22.

Jayden Barker was also very impressive for the Cougars with 5/65 from 27 overs.