Gliders moved out as broadband rolls in 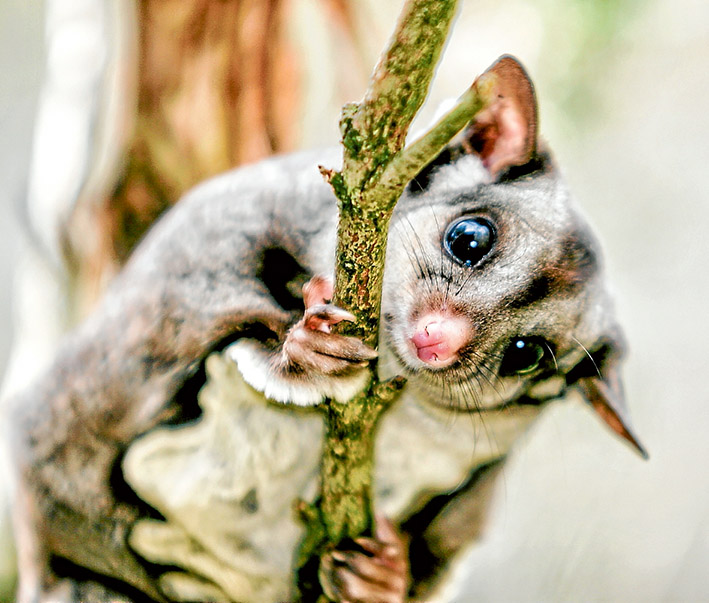 Under cover: Wildlife carers are removing a telecommunications pit covers looking for families of sugar gliders which have moved in because of a lack of available tree hollows in Mt Eliza. Picture: Yanni
Share
Facebook Twitter LinkedIn Pinterest Email

HAVING fast internet speeds at home is not good news for everyone, especially if you are a sugar glider in Mt Eliza.

Inspections made before the rollout of NBN cabling at Mt Eliza have revealed families of sugar gliders living in Telstra’s underground pits.

Wildlife experts believe the small nocturnal marsupials have been forced to seek emergency accommodation because of a lack of suitable hollows in trees.

The sociable sugar gliders generally sleep in family groups and have found direct access into the plastic-lined pits through white conduit running down power poles.

The problem facing the sugar gliders is that their adopted underground homes are being extensively modified to accommodate NBN cabling, which could also be sensitive to being chewed by half-slumbering marsupials.

Wildlife carers are already looking after some of the soon-to-be relocated sugar glider families and are urging property owners to install nesting boxes in trees as a more natural alternative to the pits needed for cabling.

“We were told about some sugar gliders using a Telstra pit in Two Bays Rd about two years ago, but always thought it was a one-off, a freak,” Edwina Muir of AWARE (Australian Wildlife Assistance Rescue and Education) said.

A check by members of AWARE found one of the pits was empty, but the discovery of underground glider families has sparked a concerted effort to find alternative homes for the opportunistic animals.

Peninsula wildlife expert Malcolm Legg told The Times he had “never come across anything like this before”.

“These guys need nesting boxes and urgent relocation as the broadband cables are being rolled out and taking up the sugar glider homes,” Mr Legg said.

Ms Muir said two sugar gliders had been rescued after being trapped in conduit that ran down a power pole to the ground but did not connect to a Telstra pit.

“A passing dog walker spotted a sugar glider’s head poking out from the one-inch [2.5cm] gap between the conduit and the ground. He scraped away the earth to get it out and found another one behind it,” Ms Muir said. “Unfortunately, one died but the other is still in our care.”

She said the underground gliders presented “an interesting situation of adaptation and I feel this is just the start [of what will be found]”.

“Our initial investigation leads us to believe a multitude of other such family units exist underground throughout Mt Eliza and that as the NBN is rolled out, they will also require re-homing.”

Meanwhile, a seven-member sugar glider family is being cared for at an AWARE shelter near Balnarring before being released back into the relative wilds of suburban Mt Eliza.

“The old growth tree hollows they require for nesting sites are in very short supply and competition for them by various bird, bat and possum species is fierce,” Ms Muir said. “Simply placing nesting boxes in trees will not work as the sugar gliders take a week or so to find and move into a new home.

“Also, glider young spend about 70 days in the pouch before being left in the nest, so these creched young would not be transported by the adult glider to the new tree nesting box.”

She said sugar glider families could die “without a carefully considered and timely re-homing plan”.

The urgency to find and then re-house sugar glider families in Mt Eliza is underlined by NBN wanting to roll out its cables to 80 per cent of the suburb in the next three months.

“Just driving around Mt Eliza I have seen that many telegraph poles in each street have white conduit leading into a Telstra pit, so potentially there could be very large numbers of affected glider families,” Ms Muir said.

“The gliders need to be caught, brought into care for up to a week, then re-homed back in [the same] location.” Ms Muir said permission would be sought from property owners near Telstra pits housing sugar glider families for nesting boxes to be placed in their trees.

“We have proved we can catch the sugar gliders at one pit and we will commence catching gliders at the other identified pits.”