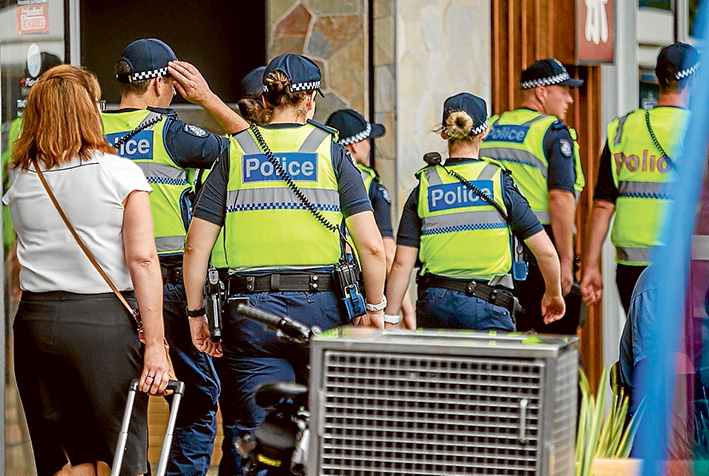 Long arm of the law: Police officers and council officers will step up patrols at trouble hot spots in central Frankston at the end of the month. Picture: Yanni
Share
Facebook Twitter LinkedIn Pinterest Email

A BLITZ on anti-social behaviour in Frankston’s city centre led by Frankston Council will attempt to clean up the streets with offenders facing fines of up to $2000 if they do the wrong thing.

A team of five council officers, with the help of police, will target public nuisance and illegal behaviour in central Frankston and along the foreshore from the end of January.

“Other anti-social behaviour such as violence will also be targeted by our officers, with the support of the police.”

Cr Dooley said council wants to create “a safe and inclusive environment for our entire community”.

“These blitzes are being introduced to help support this aim. Anyone who blatantly ignores signs and restrictions will face hefty penalties,” he said.

“We will respond appropriately so that people can enjoy shopping in Frankston and enjoy the foreshore areas like they should be able to,” Snr Sgt Watson said.

“Any anti-social behaviour will be dealt with promptly and appropriately.”

Police officers have the power to enforce council local laws.

There were 163 fines issued by police last year including 89 fines for the possession or consumption of alcohol and 74 for a failure to comply with a council sign such as a no-smoking zone or a designated area where dogs are banned.