Top citizens honoured for their commitment to community 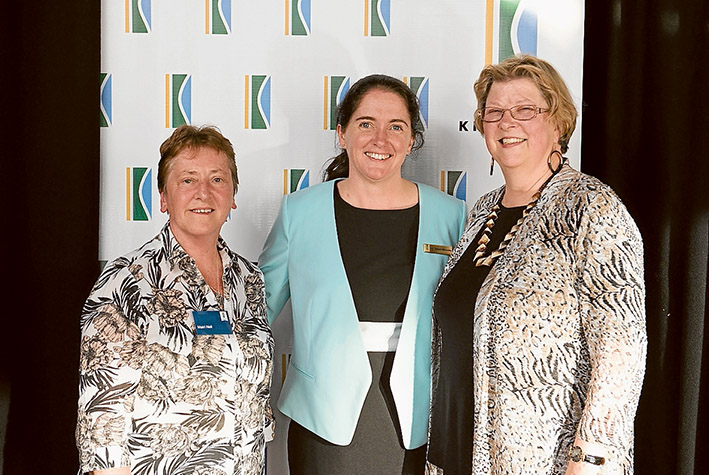 RESIDENTS whose efforts have made a difference to Kingston were honoured at the Citizen of the Year Awards held at Kingston Council’s annual Australia Day Breakfast at City Hall this month.

Presenting the awards, mayor Cr Tamsin Bearsley said each of the award winners had all helped make Kingston a stronger community.

“The winners, and indeed all of the nominees, have made outstanding contributions across a wide range of areas in Kingston,” Cr Bearsley said.

Citizen of the Year – Mairi Neil

Mairi Neil founded and coordinates the Mordialloc Writers’ Group, which celebrates its 20th anniversary this year. The group includes a wide range of people aged from teenagers to seniors and people with disabilities. She has ensured that local voices, including the vulnerable and the marginalised, are heard and respected.

Ms Neil has been an active contributor in the community by:

Gemma Shea has volunteered at the Mordialloc Community Centre since she was 14 years old. Now aged 22, she continues to volunteer at the centre as well holding the paid position of youth development coordinator. She is an outstanding role model to young people and an ambassador for the development of youth in the community.

A natural leader, Gemma has acted as a mentor to other young people across a range of community organisations including the Mordialloc Community Centre and local netball associations. Achievements include:

Each month the volunteers meet to collect litter from Kingston beaches in an effort to protect wildlife and make the beaches cleaner and safer for everyone.

An average 1500kg of litter is collected and removed from local beaches annually thanks to the efforts of more than 800 local volunteers taking part.

In addition to the monthly clean-up sessions, the Beach Patrol groups have also presented to a number of schools and community groups to teach them about the devastating impact litter can have on marine wildlife.

In the past 13 years the Mordialloc Sea Scouts has grown from just a handful of young people to one of the largest scout groups in the Kingston District and in the top 20 in Victoria.

Today the club boasts over 100 members ranging in age from six to 26 years old across five different sections including Joey Scouts, Cub Scouts, Scouts, Venturers and the Rover Crew.

A team of 18 volunteer scout leaders run weekly programs and also a host of special events such as the Anzac Day March and tree planting events.

The group has performed thousands of hours of community service across a wide range of areas including:

Greg McMahon has been an excellent and passionate educator for over 30 years and has positively impacted thousands of families through leadership roles across three secondary colleges in Kingston.

Mr McMahon was the driving force at the school behind the vision for the Parkdale Community Precinct to create a hub that is used by the community every day from morning to evening. This model, which has now been adopted across the state, has resulted in a precinct which boasts: