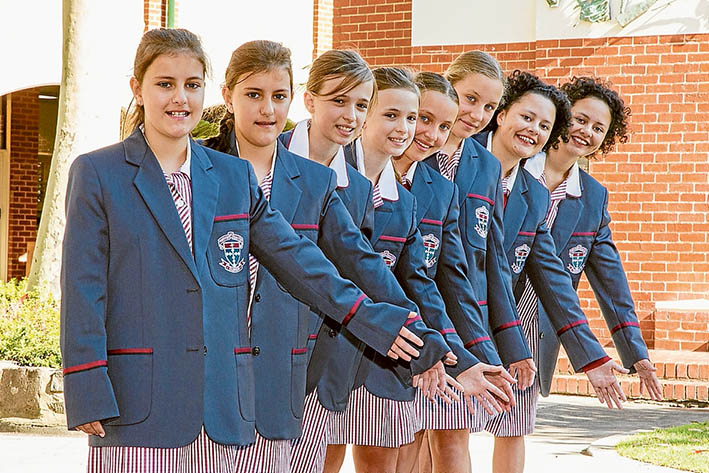 FOUR sets of twins starting school at Kilbreda College was news enough: the big news is they join nine sets of twins already there.

The newcomers – all entering Year 7 last week – are identical twins Laura and Sarah, Lucy and Miranda and Emily and Grace, and non-identical twins Briana and Mia.

The other twins already attending the college, in Mentone, are in years 8-12.

The Year 7 twins joined in orientation classes and made the most of the opportunity to get to know their classmates and make new friends.

“Kilbreda College prides itself on being a girls’ school where all students are known and where the diversity and unique gifts of individual students are encourage and supported,” co-principal Nicole Mangelsdorf said.

“Year 7 students often start the year with mixed emotions of both excitement and nervousness. Emily was pleased that all girls had been made to feel very welcome.  Miranda’s advice to staff was to ‘Look at our features first before guessing our names!’

“The twins have all attended different primary schools and are looking forward to meeting other girls, engaging in new learning opportunities and getting involved in the many co-curricular activities offered at Kilbreda.”

The girls join new co-principals Nicole and Teresa Lincoln who say they are proud to be joining the school community.