Homes are an independent move 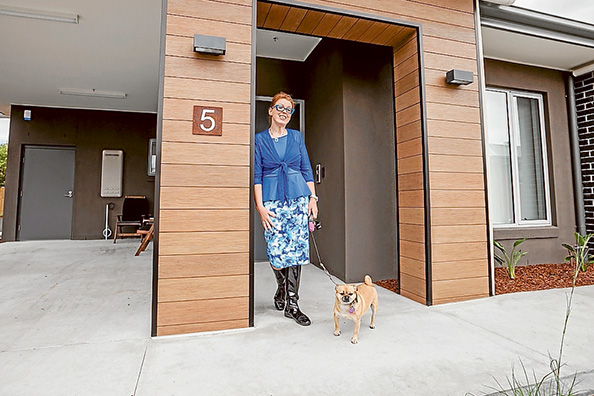 A NEW housing development in Joy St has brought some much-needed happiness to eight seriously injured people thanks to a program aimed at helping crash survivors.

The Transport Accident Commission secured eight units in Frankston as the third such development as part of the Residential Independence Pty Ltd project.

“We are addressing the statewide shortage of accommodation for severely injured Victorians by providing housing that allows people to regain independence in their lives,” Mr Scott said.

“Now, the likes of Amanda Worswick, who works and volunteers locally, will live closer to her job and have the support she needs to live as independently as possible.”

Mr Edbrooke welcomed the arrival of the RIPL homes in Frankston.

“Thanks to RIPL housing opened in Abbotsford, Lilydale, now Frankston and soon Glenroy, more than 20 Victorians will be living independently when they otherwise wouldn’t have,” he said.

About 5000 Victorians are seriously injured in crashes each year, 90 of whom suffer quadriplegia or severe acquired brain injuries.

The $30 million RIPL program recognises that being dependent on others for simple, everyday tasks is a major barrier to regaining quality of life following a debilitating injury.

Residents now share an innovative model of support, including an integrated home automation system allowing them to communicate with support staff and use a smart phone or tablet to control features such as lighting, blinds, windows and doors.

The Frankston site is the third RIPL accommodation to be opened and the biggest yet, with all eight Frankston RIPL residents to be settled in their new homes by the end of March.