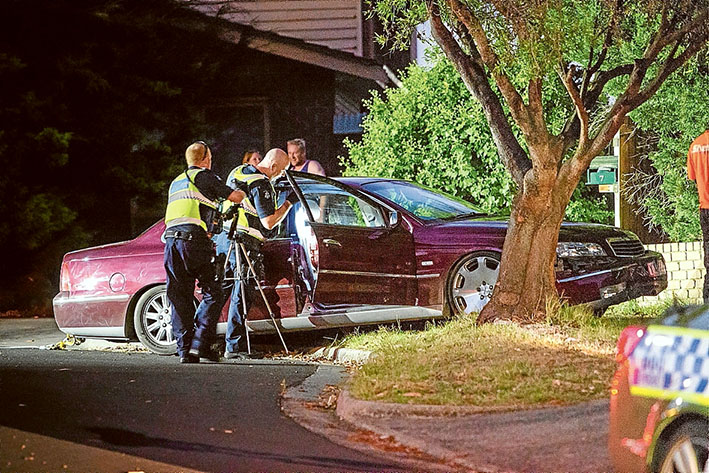 They had earlier followed the Holden Statesmen in the Lynbrook and Lyndhurst areas but could not overtly chase it due to non-pursuit rules. It was then seen in Cranbourne.

The police helicopter followed the car to Frankston where it was seen hooning in a shopping centre car park.

Police closed off Chestfield Court, near Frank St, with the spike strips, and called in the dog squad to track down one of the two offenders who had jumped a fence and had an altercation with a resident, according to a tow truck driver.

The other man tried to turn the car around in the narrow court but mounted the footpath and came to rest, wedged between a nature strip tree and a low brick wall, which was partly demolished.

Police moved in to check the car thoroughly and take some items away.

Acting Sergeant Dave Collins, of Carrum Downs Traffic Unit, said the men, 22 and 25, of Carrum Downs, had been charged with theft of a motor car and other related charges and bailed to appear at Frankston Magistrates’ Court on a date to be fixed.