Skateboarder robbed after withdrawal at cashpoint 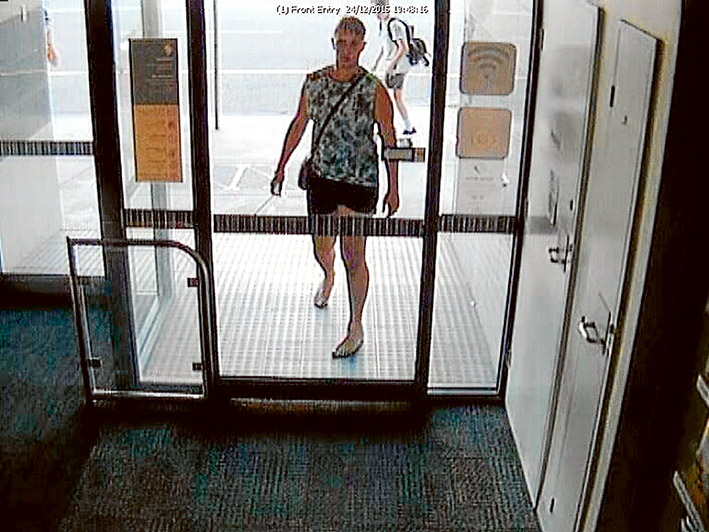 CCTV footage: The man peers into the bank while the boy rides towards the ATM, top, then the pair walk off towards Bath St, Chelsea, near where the robbery occurred.
Share
Facebook Twitter LinkedIn Pinterest Email A BOY riding a skateboard was robbed by a man, aged about 20, after he withdrew $40 from an ANZ ATM in Nepean Hwy, Chelsea.

The man had asked the boy, 13, for directions to Bath St, Chelsea, which is nearby. The boy offered to show him the way. They walked towards Bath St but stopped at the rear of the tyre service where the man asked the boy to look away while he urinated. The man then grabbed him in a headlock and demanded money. The boy handed it over and the man ran off in an unknown direction.

Leading Senior Constable Baptist said the man probably regarded the boy as “a soft target”. He is described as aged 20, solid build, wearing a sleeveless T-shirt, dark shorts, no shoes and with a satchel strap slung over his shoulder.