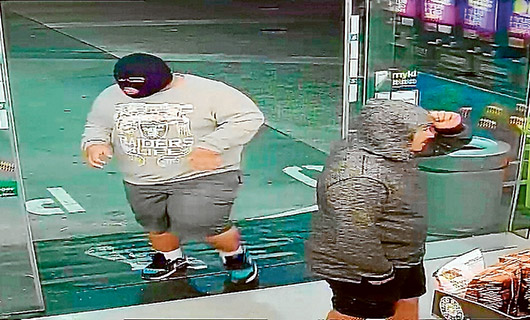 The men stole a quantity of cigarettes and cash in the 11.53pm raid. They did not use weapons in this robbery, but may have in others. The two who jumped the counter wore balaclavas while the third, who kept the door open, did not. The men drove off in a stolen green Commodore sedan which police believe was the one found later at Pearcedale.

Detective Acting Sergeant Marty O’Brien, of Frankston Criminal Investigation Unit, said police would like to speak with a man who witnessed the robbery, and who approached the attendant with details immediately afterwards. He is asked to call 9784 5555.