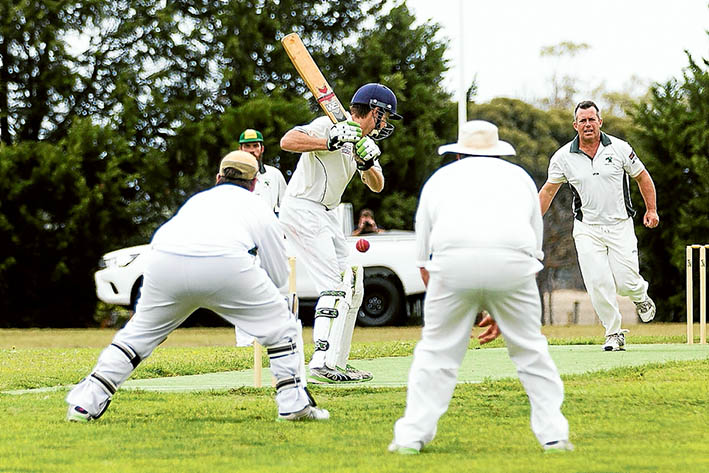 HEATHERHILL and Seaford both blew their opportunities to sneak into the MPCA District top four on Saturday.

In the final round of the season, Flinders, Seaford and the Hills were all equal on 72 points.

Flinders seemed to have the easiest of tasks playing Seaford Tigers, while the Hills hosted Mt Martha and Seaford had the tough task of playing the best in the business in Red Hill.

Most eyes were on the Sharks and the Hills to see who would win and grab that fourth place.

However, there were also some eyes down at Carrum for the relegation match against Boneo.

Boneo cruised to victory, won its final two games of the season and in doing so sent Carrum into Sub District.

The reality is that all three teams lost and the ladder, with Flinders in fourth place, remained unchanged.

So the semi finals this weekend will be between neighbours Red Hill and Flinders at the Showgrounds while Pearcedale will host Baden Powell at the Panthers’ den.

In good news for the finals, Baden Powell was able to turn around their horror run and win very comfortably against Main Ridge.

The win will give the Braves plenty of confidence after batting first and making 8/145, thanks largely to 80 runs from Tommy Wood. After scores of 3, 3 and 1 previously, the Braves would have welcomed the return of form for Wood.

Oliver McEnroe finished the season on a real high for the Ridge, snaring 4/45 from his 10 overs, including a hatrick.

Heatherhill couldn’t get the job done against Mt Martha.

The Hills won the toss and batted first and Kristian Miller got them away to a flier with 50 runs. However, he received little support until Jordan Creely (37) came to the crease. The score of 9/138 appeared to be defendable.

Seaford was always up against it against Red Hill, however, would have given themselves a real chance when they bowled out the Hillmen for 148 in the final over.

However, Glenn Collett was at his damaging best for the Hillmen and carved through the Seaford batting line up, taking 4/28 from 10 overs.

Simon Dart was also on song with 3/14 from five overs.

The Parkers batted first but were bowled out for just 115 in the 37th over.

Shayne Gillings was superb for the Panthers with 5/32 and Sam Frawley and Kaine Smith snared two wickets each.

Pearcedale then scored the runs with four overs to spare. Max Blackburn top scored with 35 and Brad Trotter helped himself to 33.

In other matches, Boneo sent Carrum to Sub District after scoring 9/152 in its 40 overs. Cam Williams top scored with 42 and skipper Ryan Jellie hit 35.

The Pandas then bowled out Carrum for 138. Josh Dent scored 39 for the Lions.

Red Hill scored 303 against Flinders in their home and away match in Round 8.

Simon Dart top scored for the Hillmen with 108.

Pearcedale and Baden Powell met in the same round.

The Panthers recorded a solid victory after Max Blackburn top scored with 77.

Baden Powell was bowled out for 185 with Chris Dew snaring 7/42 for the Panthers.