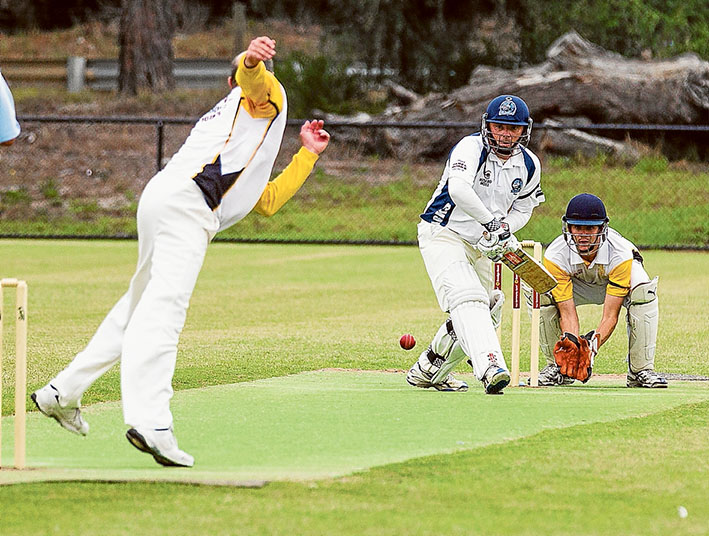 ONE the MPCA’s greats, Jason Mathers, gave Rosebud a red hot shot at the title in the Sub District grand final.

Mathers scored 73 in the Buds’ total of 215, while Jason Nagel and Brad Glen made contributions at the end.

Opponent Frankston YCW was 6/66 at stumps on the second day with the Buds Billy Quigley snaring two wickets early to set the scene.

The Buds are in total control and owned the first hour of play in the grand final.

The Buds were looking solid with almost 20 runs without loss, however, they lost two quick wickets and quickly found themselves in trouble at 2/19. A short time later, they were 3/34 and then when Billy Quigley was bowled by the evergreen Craig Burch, the favorites were 4/46.

Rosebud needed some grunt, fight and experience to give them a chance in the grand final – who better than ‘Heada’ Mathers.

At stumps on the opening day, Mathers was a very patient 58 not out.

He lost Peter Doughty for 40 when the score was on 125 but skipper Brad Glenn knuckled down and finished the day 12 not out.

At stumps after 76 overs, the game was in the balance at that stage with Rosebud 5/148.

Lea Leaunoa did some damage for the Stonecats early and got rid of Peter Doughty, finishing with day one figures of 2/33.

Wind the clock forward 24 hours and the Buds are in command and are sure to go push through and with the flag and progress to District next season.