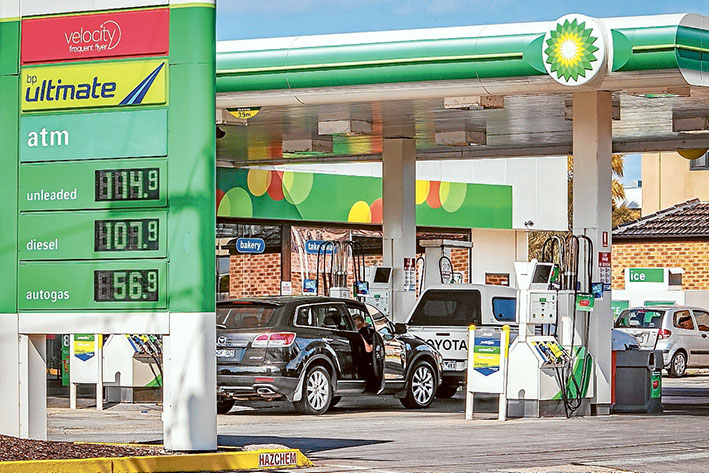 KINGSTON has been named as a municipality where petrol station owners must beware of drivers leaving without paying for fuel.

A state parliamentary inquiry into petrol drive-offs found Kingston is the tenth highest area in the state for non-payment of fuel.

The inquiry into fuel drive-offs report, tabled in Parliament last week, revealed drivers left service stations in Kingston without paying for petrol on 1,233 occasions over ten years from 2005-2014.

Victoria Police told the inquiry numberplate thefts have contributed to a rise in petrol thefts in recent years.

“There is a correlation between thefts of numberplates and petrol drive-offs and a range of other offences, including tollway offences, theft of vehicles and a whole range of activity that takes place,” Assistant Commissioner Stephen Fontana told the inquiry.

RACV public policy general manager Brian Negus urged motorists to install fitted one-way screws on vehicle numberplates to discourage thieves. He said it costs just $3 and can be done as part of a service at RACV service centres.

“We have been lobbying the manufacturers to put one-way screws on new cars, but a lot of cars — they are fitted in dealers mostly. Sometimes they are changed over pretty quickly; then it is done by the individual,” Mr Negus said.

“If the dealer network would do it, that would be a really good start, and that is why we have been advocating in that space.”

Police noted “significant police resources are diverted to investigating fuel drive-offs in Victoria, with only a small number of these being resolved”.

Fuel prepay trials in areas such as Frankston in evening times had reduced petrol thefts by as much as 50 per cent but the inquiry found prepayment is an inconvenience to the majority of honest customers.

The parliamentary committee tasked with compiling the inquiry into fuel drive-offs report recommended police, Crime Stoppers and the fuel retail industry should work closely together to target repeat offenders.

The committee also said the state government should look at ways to bolster the petrol prepayment system to lessen inconvenience to customers. Prepaying at the pump could be an option.