Healthier eating is on the cards 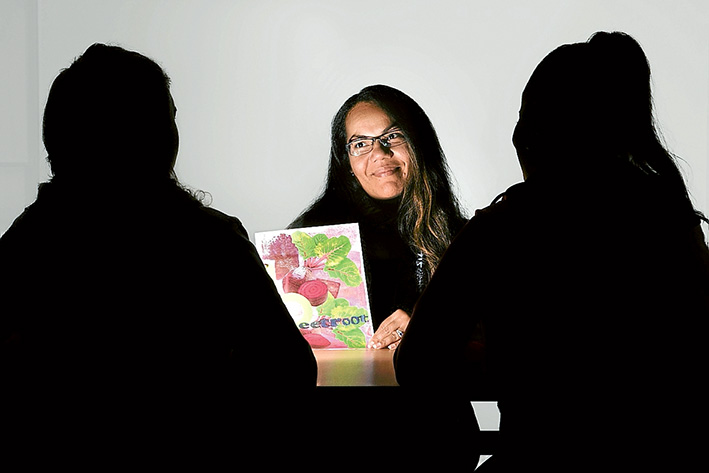 A NEW recipe with a pinch of positivity is cooking in Frankston North thanks to a healthy eating program aimed at encouraging women to consider healthier eating habits for themselves and their families.

The Healthy Pears program, run by Jesuit Social Services in partnership with the Department of Justice and Regulation, was established late last year at Frankston North Community Centre so women on community correction orders can learn about the importance of fresh fruit and vegetables in a healthy daily diet.

A community correction orders is a flexible sentencing order that can be imposed by courts instead of or in addition to imprisonment or fines following a conviction for a crime.

The cards are then distributed to primary schools in Frankston North so teachers can speak to pupils about the importance of good nutritional choices.

“In the short term it’s aim is to provide a meaningful program for women who have a community work order for a certain amount of hours,” Ms Boffa said.

“Longer term it can provide an education and employment pathway for them.”

Last year 11 women attended Healthy Pears sessions at the community centre, formerly known as the Mahogany Neighbourhood Centre, and this year has seen 17 sit in on lessons.

Program sessions are held weekly over several months. Ms Boffa said some attendees have gone on to attend other courses at the community centre voluntarily.

“It brings learning into their thinking and some women have accessed other education programs available at the centre.”

The Healthy Pears program, named after a pun on pairs of playing cards, may be extended in future to include some cooking and advice on preparing healthy meals “for under $10” according to Ms Boffa.

A Jesuit Social Services and Catholic Social Services Australia report, called Dropping Off The Edge, released last year found Frankston North is in the top three per cent of postcodes across Victoria with the highest levels of entrenched disadvantage (‘’Struggle town’ alarm’, The Times 27/7/15).

Frankston North was the fourth most disadvantaged suburb in the state according to the report for child maltreatment and schooling readiness. The area was ranked second for psychiatric admissions, fifth for long-term unemployment and eighth for prison admissions compared to other towns across the state.

Jesuit Social Services has long believed blanket ‘tough on crime’ laws do not stop reoffending and mandatory jail sentences for crimes that do not involve serious or violent offences can force prisoners into a cycle of reoffending due to a lack of education and lower job prospects.