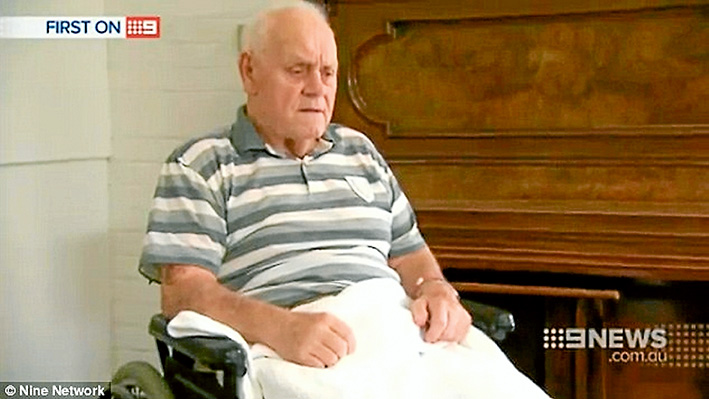 ON the eve of Anzac Day, callous thieves have stolen war service medals from the Frankston home of a Navy veteran.

Leonard Pepyat, 87, who has lived in the same house in Parer St for the past 45 years, is upset that the seven medals – as well as jewellery and clocks – were taken last weekend while he is recovering from spinal surgery at Caulfield Rehabilitation Hospital.

“They came in on the Saturday night or early Sunday and trashed the place,” he said.

“A mate went around in the morning and saw the mess and rang me straight away.”

A member of Frankston RSL, Mr Pepyat said he had also lost two gold wedding rings: one inscribed by his late wife, Florence May who died 23 years ago, with the words “I love you”, his return from service badges, gold cygnet ring, gold choker chain, and two ornamental clocks that “held great sentimental value”.

“It’s very upsetting,” he said. “They were miniature medals and they just tipped everything on the floor.

“They were obviously looking for money.”

Detective Senior Constable Craig Ferris, of Frankston CIU, said the break-in occurred 5-10 April. He said it was “a disgrace” that thieves would target the home of a veteran.