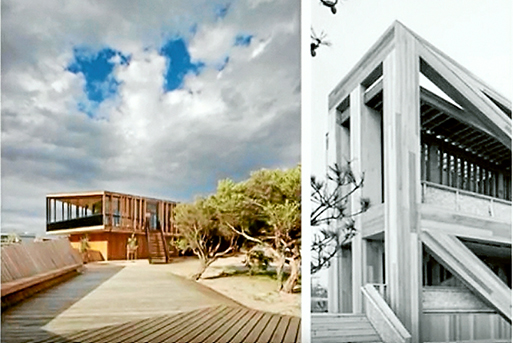 A COMMUNITY group with the best interests of the Chelsea and Bonbeach commuters at heart has come up with a visual way to submit its concerns about sky rail along the Frankston line to the state government.

The Chelsea and Bonbeach Train Station Group, whose volunteers regularly clean up both train stations’ surrounds, has produced a 5-minute video arguing rail should go under road at a new Bonbeach train station based on architectural themes at nearby buildings.

The video clip suggests “an open coastal theme that is not overshadowed by infrastructure heavily inspired by local architecture including Carrum Bowling Club and Seaford Life Saving Club” should be the basis for a newly constructed Bonbeach station as part of the Labor state government’s plan to remove level crossings along the Frankston line.

“A lot of people are concerned about sky rail and we thought it’d be good to present a positive message to let the LXRA know why,” he said.

“We met directly with the LXRA in their office a few weeks ago for about an hour and 15 minutes to talk them through our concept.”

“We presented a short video from the Chelsea and Bonbeach Train Station Group to show positive approaches and ideas being generated by our community that are alternatives to a sky rail,” Cr Bearsley said.

Mr McInnes said it took the group about two months to make the video.

“We just hope that the powers that be are listening beyond just the ‘execution’ of eight level crossings. There’s so much more that can be done for our community.”