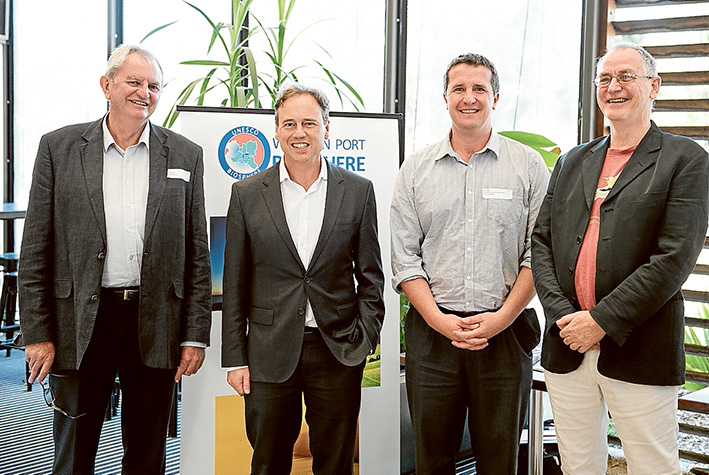 AUSTRALIA’S world record for losing the greatest number of its mammals was the subject of the keynote address at Western Port Biosphere’s second annual biodiversity forum.

“We have lost the ability to connect with the environment; with expanding development changing the landscape, the face of the environment as we knew it has changed, and the streetscape of urban development is seen as the norm,” Professor John Woinarski told 80 delegates to the Friday 6 May forum at the Royal Botanic Gardens, Cranbourne.

The deputy director of the Threatened Species Recovery Hub in the National Environmental Science program at Charles Darwin University, said Australia’s poor record of species extinction, had seen 49 new species added to the list of threatened species in the days leading up to the forum.

A further 56 terrestrial mammals qualified as threatened and another 52 as near threatened.

Prof Woinarski said it was important to connect and understand nature.

He said the inability of Australians to engage first-hand with the natural environment “is impacting on our understanding of the relationship between the different native species and their habitat”.

“We must identify mechanisms to foster community stewardship of the natural environment.”

The biosphere used the forum to explain work being undertaken as part of the federal government-funded Growing Connections Project, and the projects of our partner councils, Landcare and community groups.