Port ‘decades away’– if ever 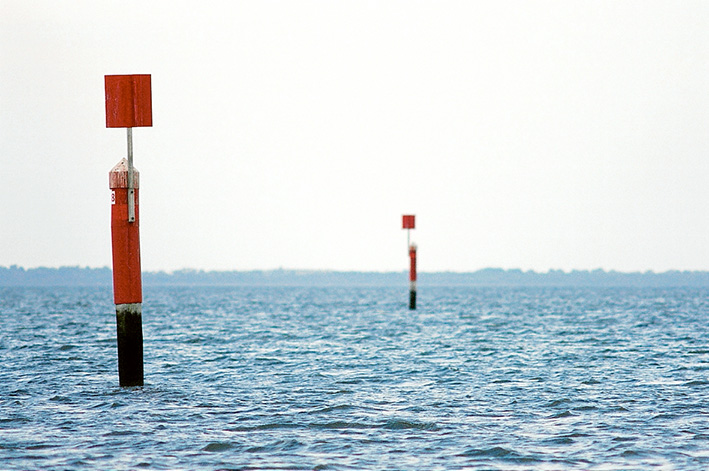 THE first major publication by Infrastructure Victoria all but confirms that a new container port at Hastings is most likely decades away.

An options paper released last week sees the state’s need for a new port as “a concept requiring further development”.

“Currently the location and timing of a new port has not been assessed in detail and it will take time to do this evaluation,” the All things considered paper states.

“The 30-year infrastructure strategy, which must be developed by the end of 2016, is being developed taking into account the uncertainty regarding the timing of when we will need a new port and its location.”

The revelation comes as a blow to Frankston Council which has previously stated that it is suitably positioned to the “commercial hub” for the Port of Hastings.

A new port is one of 200 “ideas” in the options paper which seeks public input into “Victoria’s first ever state-wide, cross-sector infrastructure strategy”.

Before being elected the state Labor government indicated its preference for the state’s next container port to be built at Baywest, in Port Phillip just north of Geelong.

After its election the government effectively dismantled the Port of Hastings Development Authority by cutting funding, leading to job losses and an early end to several studies necessary for port development in Western Port.

“We want to find better ways to manage demand and get more out of our existing infrastructure before we build new infrastructure,” Mr Masson said.

“At this stage, everything is on the table and up for consideration, so we haven’t shied away from options that might be controversial or unpopular.”

The options paper itself says “a new port is listed as a concept requiring further development. Currently the location and timing of a new port has not been assessed in detail and it will take time to do this evaluation”.

Building a new port to “complement the Port of Melbourne and meet demand to import goods into Victoria” is seen as one of the options that “may have merit, but are either not well developed enough to undertake a full assessment or are sufficiently developed but have not yet been assessed against this need”.

The paper addresses issues surrounding freight and traffic flows around the Port of Melbourne as well as the port’s capability to expand.

The options paper suggests building a Port of Melbourne to metropolitan container shuttle “to move international containers … to hubs across the Melbourne metropolitan area”.

Plans have previously been put forward for an “inland port” south of Dandenong as a distribution point for containers from the Port of Hastings.

The options paper also suggests consideration “be given to building a Melbourne to Brisbane freight rail line, which would also link south-east Queensland with Perth and Adelaide (via Parkes)”.

The Port of Brisbane has undergone massive changes and freighting containers from there to Victoria could be cheaper than delivering them by ship.

As reported in The Times (“Hopes for port ebb away” 17/5/16) Mornington MP David Morris said Ports Minister Luke Donellan had told the Public Accounts and Estimates Committee in May last year that the government would “seek independent advice from Infrastructure Victoria about Bay West as an alternative site to Hastings for Victoria’s second container port”.

“Twelve months on and Infrastructure Victoria has spilt the beans that it has not looked at options for Hastings, Bay West, or indeed any other major project in the state,” Mr Morris said.