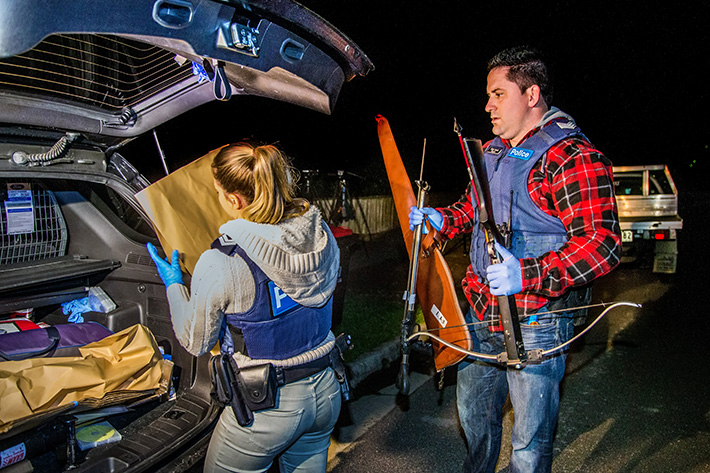 Police executed the warrant at a residential address in Keith Avenue around 2.50pm yesterday.

It is alleged that police found firearms, explosives and cannabis during the search.

A 50-year-old Edithvale woman was charged with the possession and use of cannabis.

She was bailed to appear at the Moorabbin Magistrates’ Court on 29 July.

A 52-year-old Edithvale man faced an out of sessions hearing and has been charged with possessing ammunition, prohibited weapons, explosives, category A firearm, possessing and trafficking cannabis and recklessly dealing with the proceeds of crime.

He was remanded to appear at Moorabbin Magistrates’ Court on 1 June.