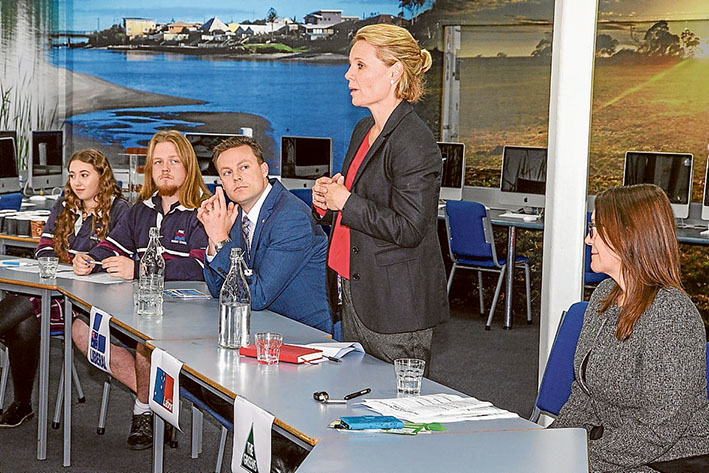 BIPARTISANSHIP is thin on the ground around plans to tackle the scourge of ice in Dunkley ahead of the 2 July federal election.

Both the Liberal and Labor candidates for the marginal seat are taking pot-shots at political opponents over similar approaches to help drug users in the Frankston and Mornington regions to hopefully also drive down crime associated with ice.

Liberal contender Chris Crewther launched an “ice action plan” this month to establish a Frankston and peninsula taskforce “to fight the savage effects of the drug” and said Labor had ignored increasing ice use.

“Labor ignored ice. Labor failed to renew the advertising about the dangers of ice and ice use doubled between 2010 and 2013,” Mr Crewther said.

“The Turnbull Liberal government carefully considered the issues raised by the National Ice Taskforce, and the broader Australian community, and is investing $298 million over four years to tackle the problem of ice and other drugs.”

The federal Liberal ice action plan across Australia mirrors the Victorian government’s commitment to work with health professionals, police and rehabilitation services to try to stem the rise in the use of ice.

At the launch of the federal government’s ice action plan for Dunkley Mr Crewther said he had “personal family experience with drug and ice use … it is a thing I am very passionate about tackling.”

Mr Crewther said there is widespread concern in Frankston about a ‘cluster’ of pharmacotherapy (methadone) outlets in the centre of Frankston near the train station.

“It is clear from my discussions with locals there is a need to bring together local medical leaders, including representatives of local pharmacies, to have common-sense discussions and find a solution to the concentration of pharmacotherapy outlets in Frankston,” he said.

“There is already a high-level project working on issues surrounding pharmocotherapy in Frankston well under way, and which I am a part of,” she said.

“I was invited to be involved as a local with 16 years’ experience in the justice system, having worked on drug and alcohol issues and with families and individuals affected by ice and illicit drugs.”

Ms Murphy said the Liberals have taken “late action on ice” ahead of next month’s federal election.

“It does not make up for the almost $1 billion they have cut from the health Flexible Funds, which among other health priorities, fund drug treatment and rehabilitation services.”

The politicisation of the drugs problem for potential political gain by each major party in Dunkley shows the seat is poised on a knife edge.

Internal Labor polls suggested Ms Murphy held a 52-48 per cent lead over her Liberal rival but a weekend Newspoll revealed a possible swing to Labor in Dunkley after the retirement of outgoing long-time Liberal MP Bruce Billson may not be enough to gain the seat.

The Newspoll opinion survey focused on marginal seats across Australia and found Labor may not make enough ground in several marginal seats needed to win government even if the party’s overall vote increases on 2013’s federal poll.

The Dunkley poll found Labor is on track at this stage to gain a 3.6 per cent swing but this would not be enough to overcome the 5.1 per cent margin currently held by the Liberal Party in the seat.

Newspoll opinion surveys are overseen by Galaxy Research and are regularly published in News Corp’s The Australian newspaper.