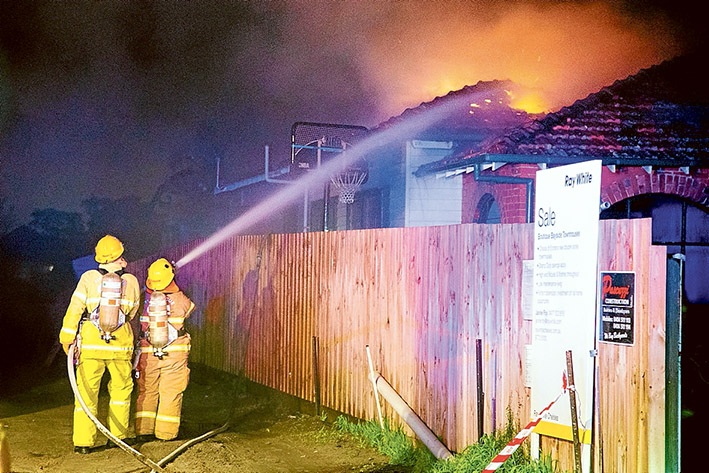 EMBERS still burning in a rear fireplace when the Mortensen family went to bed are believed responsible for the fire which gutted their Station St, Bonbeach house, early Saturday (18 June).

Chelsea police said the flames spread up a back wall and into the ceiling which then collapsed, allowing the fire to fully engulf the single-storey brick house by the time fire crews arrived at 3am.

The family of five and two relatives staying overnight were all uninjured, thanks to parent Anthony Mortensen, who quickly got everyone outside and out of harm’s way.

He was later praised by firefighters for his quick thinking.

Mr Mortensen, 52, suffered minor burns and smoke inhalation and was taken to Frankston Hospital for treatment. Other family members stayed overnight with neighbours.

The CFA remained onsite overnight to cope with spot fires.

The fire is not deemed suspicious.

“It’s a timely reminder for everyone during the winter and colder months to make sure that your fireplace guards are in place or the fire is out before you go to bed each night,” Country Fire Authority senior station manager Ricky Read told news services.