It’s no fluke, the whales are back 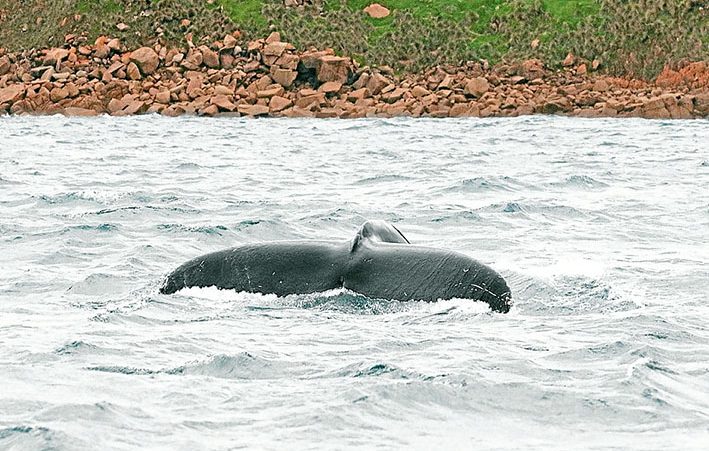 Annual visit: This humpback whale rising to the surface off Cape Woolamai, Phillip Island, was photographed by the Dolphin Research Institute which operates with a Department of Environment, Land, Water and Planning research permit.
Share
Facebook Twitter LinkedIn Pinterest Email

WHALE sightings are being reported in Western Port and Port Phillip bays in what researchers say has become an annual event coinciding with the Queen’s Birthday long weekend.

The Dolphin Research Institute and the Two Bays Whale Project have been receiving reports of humpback and southern right whales in both bays.

“The first reported sighting of a humpback whale usually comes into the institute around the Queen’s Birthday weekend, prompting DRI’s research staff to call the weekend Whale Weekend. These whales are on a detour as they migrate north along the east Australian coast. “

Ms Mason said humpbacks were easily identified by their dorsal fin and pectoral fins that are about one third of their body length.

“On the odd occasion, the Sorrento to Queenscliff ferry can become an impromptu whale watching vessel.  For example, a southern right whale was seen off Portsea last Sunday evening from the ferry,” she said.

Whale sightings can be reported on the Dolphin Research Institute webpage www.dolphinresearch.org.au or be leaving a message on the Two Bays Whale Project Facebook page.

Boats must not approach to within less than 200 meters of a whale.